What started as Women’s History Week in March of 1981 expanded to become Women’s History Month by 1987, and every year since, March is recognized by Presidential Proclamation. Today we celebrate the achievements of women in our American story.  Here we honor six women who were pioneers in their fields of firefighting, environmentalism, leadership, human rights and engineering.  We invite you to take a moment to learn a little more about these remarkable women and some of the public land destinations that honor their legacies.

"You have to stand up for some things in this world." Marjory Stoneman Douglas 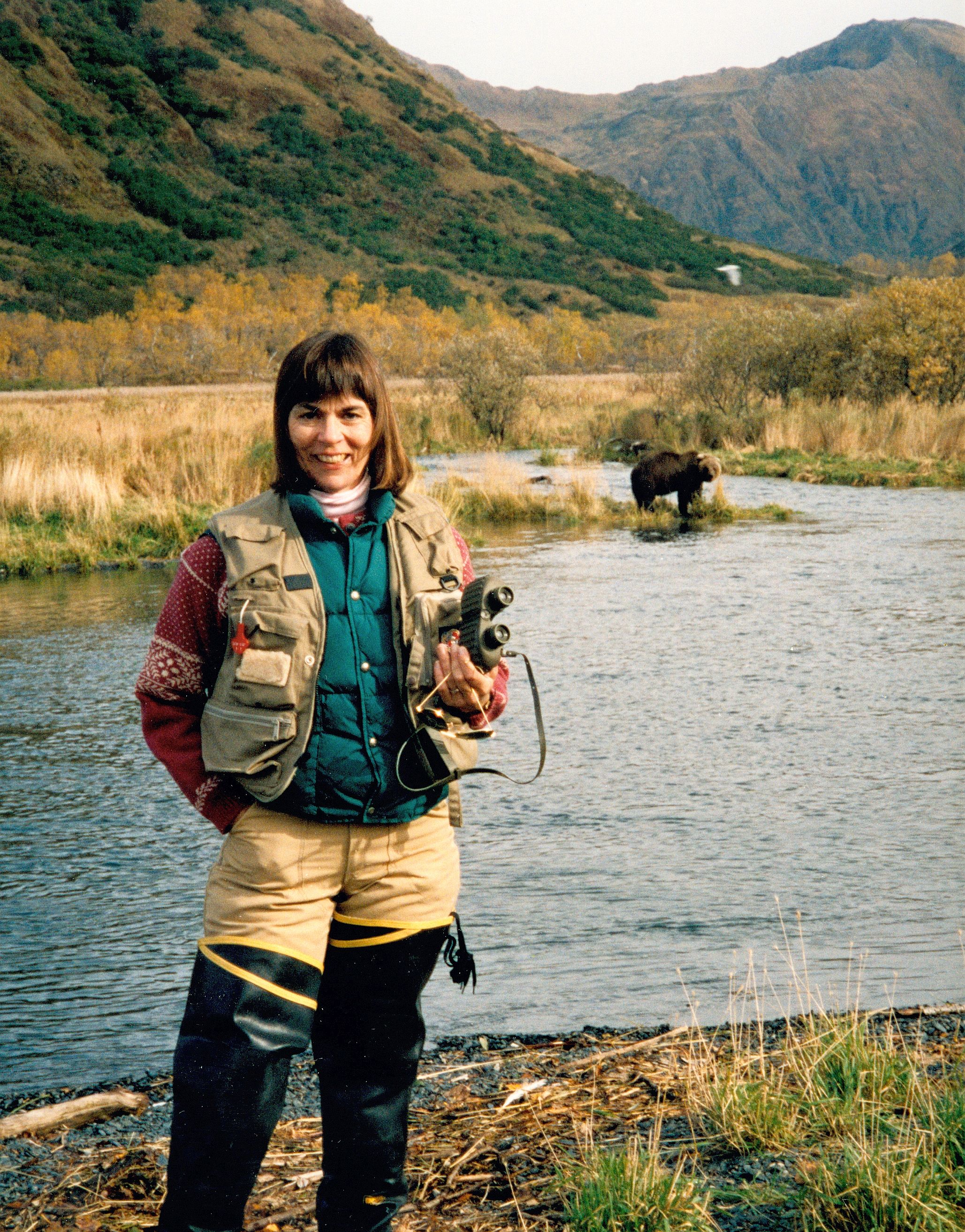 Mollie Beattie was the first woman to head the U.S. Fish and Wildlife Service. She was appointed in 1993 by President Bill Clinton, but died just three years later of brain cancer at age 49. At the time, then-Secretary of the Interior Bruce Babbitt said that Beattie “fought fiercely against the forces that sought to weaken the mission of our wildlife refuges, to gut the Endangered Species Act, or to turn the lights off on good science through funding cuts.” Ted Gup wrote in The Washington Post that Beattie’s “brief and quiet sojourn in Washington left a lasting mark on both the physical landscape of the nation and the political terrain of conservation ethics.” To recognize her extraordinary work, Congress renamed a designated wilderness area in her honor. The 8-million-acre Mollie Beattie Wilderness at Arctic National Wildlife Refuge in Alaska is the largest of the 75 designated wilderness areas in the National Wildlife Refuge System. The refuge offers a variety of challenging options for hardy outdoorspeople.

Rachel Carson, author, environmentalist and biologist for the U.S. Fish and Wildlife Service 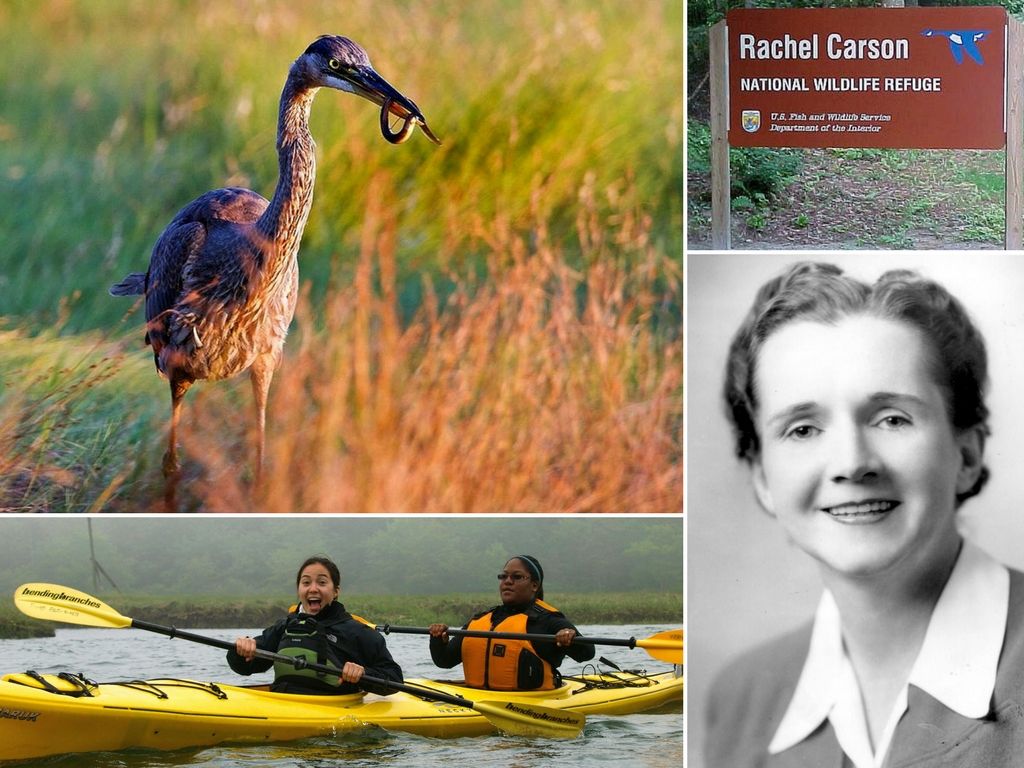 Rachel Carson was one of the most influential American women of the 20th century. A former U.S. Fish and Wildlife Service biologist and writer, she was the author of the seminal 1962 book Silent Spring.

Her research and advocacy in the 1950s and ’60s led to the banning of the pesticide DDT and raised environmental awareness in the United States and around the world. She became interested in the dangers of pesticides while with the Fish and Wildlife Service and much of the DDT research was conducted at Patuxent Research Refuge in Maryland.

In 1969, the Fish and Wildlife Service named Rachel Carson National Wildlife Refuge in her honor. The refuge, on the coast of Maine near where Carson once had a summer home, features a one-mile trail where visitors can see varied wildlife and habitats.   In 1980, President Jimmy Carter awarded the Presidential Medal of Freedom to Carson, whose work is often credited with inspiring the environmental movement.

Deborah "Debby" Chenoweth, pioneering engineer for the US Army Corps of Engineers 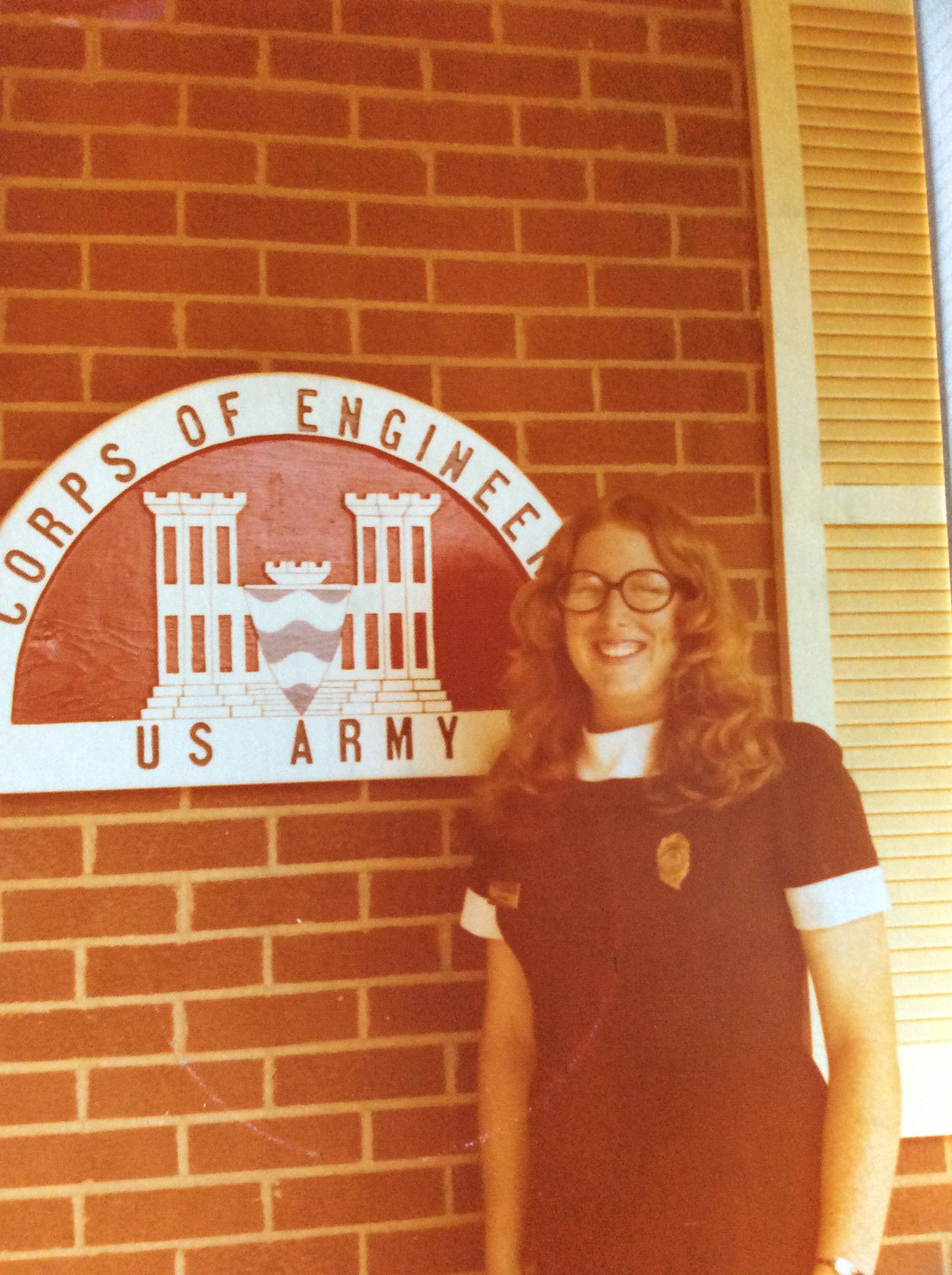 Debby was the third female U.S. Army Corps of Engineers Park Ranger in the nation when she was hired at Caesar Creek Lake, Ohio, in January 1973.   Although the first two hires left within a year, Debby had a long and successful career with the Corps that took her across the country. She progressed from an entry-level park ranger and retired from the Corps in January 2007 as chief of operations for the Portland District in Oregon.

Debby was always a leader and mentor who helped many others follow in her footsteps. Debby contributed much to the Natural Resources Management program for the Corps through participation on national task forces, notably a career advancement steering committee. In retirement, Debby served for several years on the Corps Foundation board. 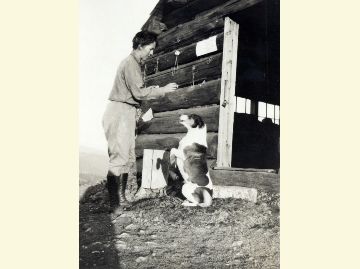 Hallie M. Daggett was the first woman employed by the Forest Service to serve as a fire lookout to spot wildland fires.  She staffed the Eddy’s Gulch Lookout Station atop Klamath Peak on the Klamath National Forest in California during her first summer in 1913.

It was predicted by her male colleagues that “…after a few days of life on the peak she would telephone that she was frightened by the loneliness and the danger, but she was full of pluck and high spirit…[and] she grew more and more in love with the work.  Even when the telephone wires were broken and when for a long time she was cut off from communication with the world below she did not lose heart.  She not only filled the place with all the skill which a trained man could have shown but she desires to be reappointed when the fire season opens this year” [1914]  (American Forestry 1914: 174, 176).  Daggett went on the serve as a fire lookout for 14 years. 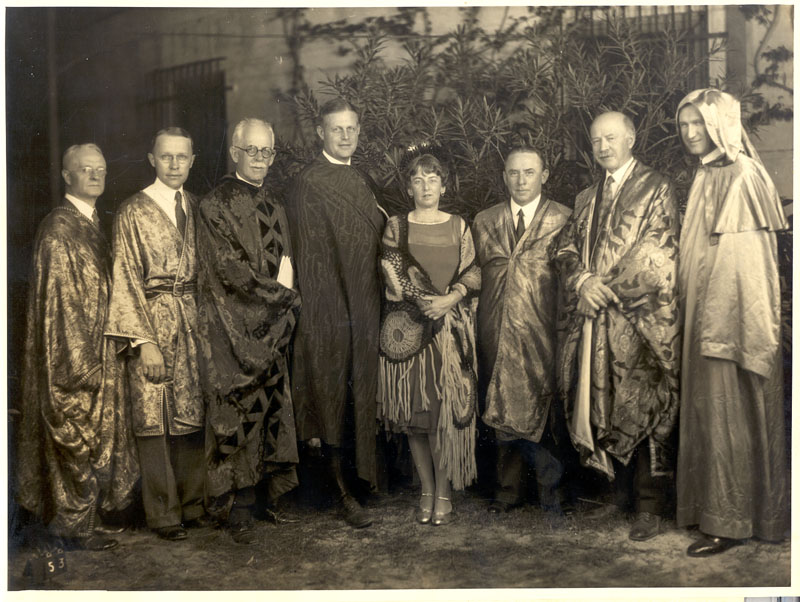 The preservation of Everglades National Park was due in part to the efforts of this “Grand Dame of the Everglades” for her fierce efforts and writing that helped shape how people viewed this area as a natural treasure rather than a worthless swamp.  Her book Everglades: River of Grass was published in 1947, which was also the year that Everglades National Park was established and “has become the definitive description of the natural treasure she fought so hard to protect”. She remained a staunch supporter of Everglades conservation and restoration for the rest of her life.

Marjory Stoneman Douglas died in May of 1998. 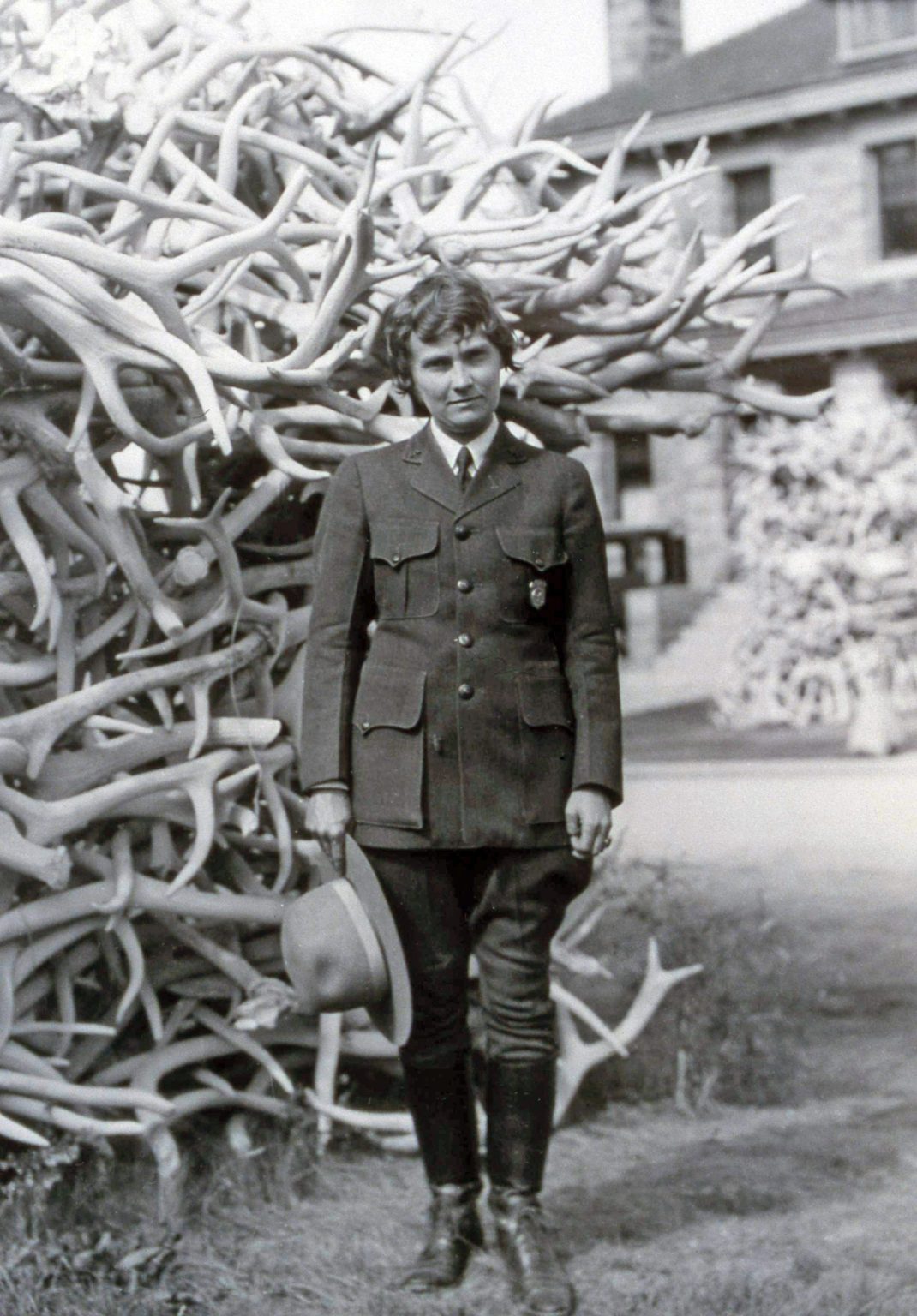 Baggley helped pave the way for women to begin working for the National Park Service as the first female park naturalist in Wyoming. Serving first as a seasonal at Old Faithful in 1929 and 1930, Baggley became a permanent ranger in 1931 at Yellowstone National Park. She was guide, lecturer, and museum worker. She was a pioneer in the field of botany and education. She had a broad and eclectic knowledge base for plant life. She realized her knowledge paid off when she co-authored two editions of “Plants of Yellowstone National Park,” which was one of her biggest goals. This rare guide is still used today. Baggley left Yellowstone a legacy—she first identified the rubber boa snake and nature trail development.