The richness of African American culture is one to be revered. From struggle does come strength. February is Black History Month, a tribute to African American men and women who have made significant contributions to America and the rest of the world.

Our first stop is the Harriet Tubman Underground Railroad National Historical Park along Maryland’s Eastern Shore. Born into slavery in 1822, and hired out at an early age, Harriet Tubman knew she was born to be free. In 1849, Tubman escaped to freedom. Throughout her journey, from 1850 – 1860, Tubman returned to Maryland 13 times to help about 70 enslaved persons achieve freedom.

Traveling further north, Harriet Tubman National Historical Park in New York preserves the home and church Tubman lived and worshipped in until her passing in 1913. Even in the days after the Underground Railroad, Tubman dedicated her life to assisting elderly, sick, and homeless African Americans.

You can read more remarkable stories about African American men and women who forged their own path and shaped history in this collection compiled by the National Park Service. 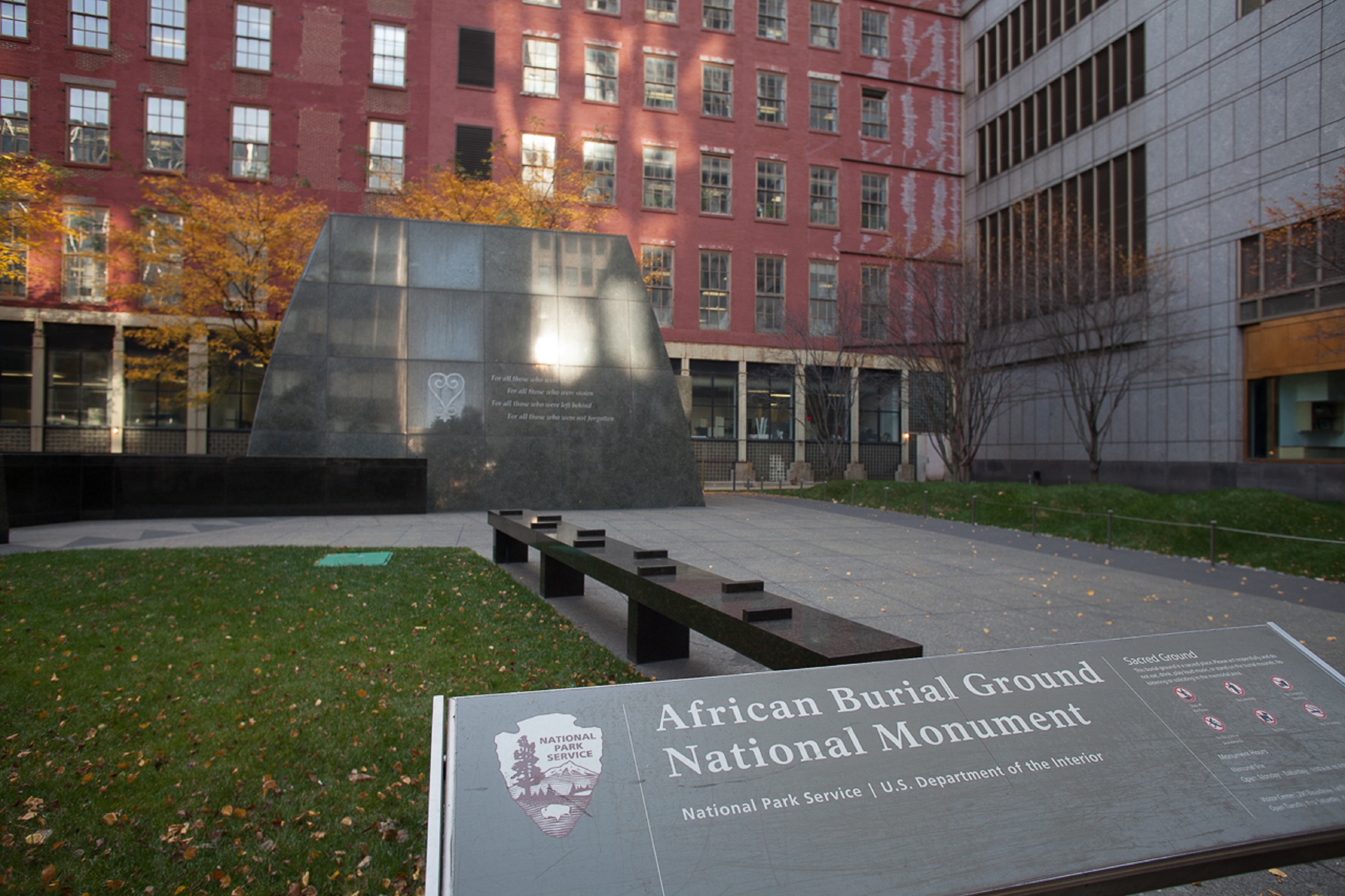 African Burial Ground, a sacred space in lower Manhattan, is the oldest and largest known excavated burial ground in North America for both freed and enslaved Africans. It protects the historic role slavery played in building New York.

A variety of tours and experiences are offered seasonally, including a guided art tour and a 90-minute presentation on the history of slavery during the Dutch and British periods and the history of the African Burial Ground and its re-discovery in 1991. The Indoor Visitor Center and Museum is open Tuesday through Saturday from 10:00am until 4:00pm.

You can continue your journey along the self-guided African-American Freedom Trail in lower Manhattan. This itinerary features 21 stops that document the history of African Americans in New York, from the arrival of the first enslaved Africans in 1625 to sites of the abolitionist movement, including where Frederick Douglass arrived in 1838 and achieved freedom from slavery.