10 Destinations to Visit for a Haunted Good Time

Home / Articles / 10 Destinations to Visit for a Haunted Good Time

America is filled with spooky little hidden corners and old colonial towns with legends, ghost stories, and other lore. Spooky spirits and eerie energies even inhabit some of our federal public lands… from historic battlefields that come alive with ghosts of America’s past, to national forests and wildlife refuges where millions of bats ‘hang out,’ let Recreation.gov inspire you this Halloween!

Look no further for a rush of adrenaline and a few bone-chilling history lessons.

Inside the Scorpion Wilderness Study Area in south-central Utah, you can find Dry Fork Road, leading to the Dry Fork Narrows. Climb up 12 feet through the Peak-A-Boo Gulch... and then make your way over to the second gulch available. You may have to squeeze, as Spooky Gulch is only 10 inches wide at some point. It's not for the weak-minded, so enter if you dare! 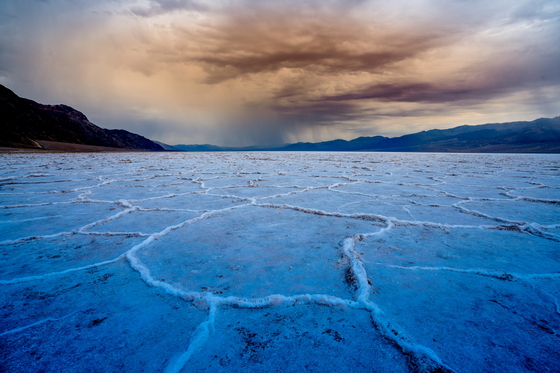 Death Valley is famous for being one of the hottest places on Earth... but it's also a hot spot for ghost towns. During your next visit to Death Valley, be sure to check out some of the spooky sights at different ghost towns in the area. While many of the original foundations have crumbled, use your imagination to imagine what kind of residents moved to the scorching heat for a good old-fashioned American fortune in gold! Many who came for the gold never found it... and they left their towns behind, empty on the desolate landscape. 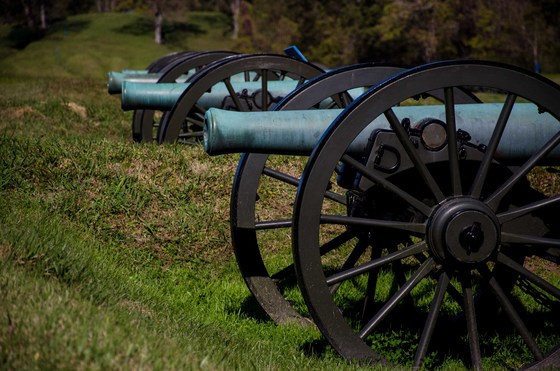 Known to many a history buff as the turn of the Civil War, Vicksburg National Military Park was ultimately seized by General Grant... but not without significant losses. After a defeat at Champion Hill, Confederate troops were forced to retreat to Vicksburg for over a month! Civilians were deeply affected by this siege; many were forced to seek shelter in self-dug caves, hungry for the supplies the Union troops withheld. A 47-day siege of the town led to over 20,000 casualties.

Paranormal enthusiasts report hearing phantom gunshots on the battlefield... and many have seen specters in Vicksburg houses. For those looking for a historical haunting, Vicksburg is a hot spot! 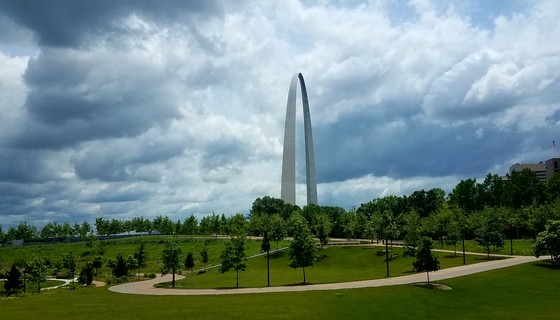 Before the Gateway Arch stood on the riverbanks, the site was home to a French colonial village, a riverfront port, and a warehouse district. What happened to them?

Find out on Saturday, October 16 at 6:30pm. Join a Park Ranger to learn about the various "incarnations" that have occurred around the Gateway Arch (and some other fun historical misadventures)! Stick around after the conversation for a free telescope viewing, where it's anticipated that Jupiter and Saturn will be seen if there are clear skies. 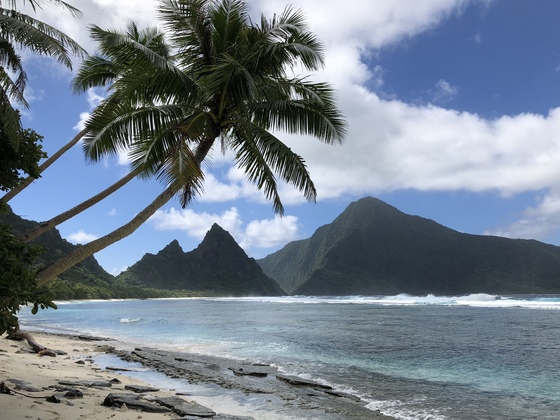 If you're sick of your spooky adventures being confined to the traditional 50 states, venture overseas to the National Park of American Samoa. While the sunny weather and beachy views may not seem eerie at first, the three-foot wingspan of the Samoan fruit bat may startle you from the skies! It's not alone either - the American Samoa National Park is home to three species of bats, another large fruit bat and one smaller, insect-eating bat. With bats flying overhead, Halloween is year-round! 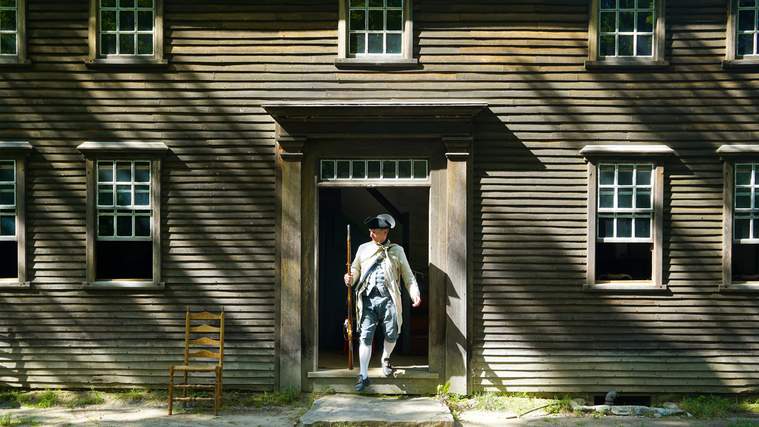 Minute Man National Historical Park preserves not only the battlefields and structures associated with the first battle of the Revolutionary War, but also the Wayside Home of Authors, where Nathaniel Hawthorne and other American authors once lived. One of Hawthorne's ancestors was a judge involved in the Salem witch hysteria of 1692, more than a century earlier. The kinship with the judge influenced Hawthorne's writings such as the spooky "House of the Seven Gables" as well as chilling short stories. Be sure to check out the park's popular Road to Revolution program.

Looking for a slightly spooky experience? Celebrate Halloween Eve with Minute Man National Historical Park and the Lexington Historical Society by attending either one or both of their spooky events on October 30! The Halloween Open House at Hartwell Tavern is from 5:30-9:00pm and the Ghost and Graves Walking Tours depart from Buckman Tavern every 5 minutes between 6:30 and 7:15pm. 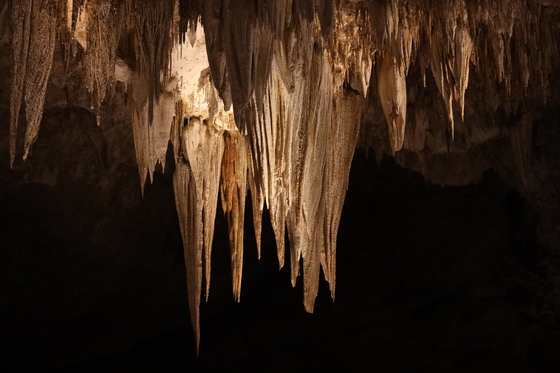 While nearly nothing is as scary as being quizzed on the difference between stalactite and stalagmite structures (Stalacites hang from the ceiling while Stalagmites have risen from the ground), traveling down into the bowels of the Earth is definitely up there! With over 100 caves below ground, Carlsbad Caverns National Park is home to the largest chambered cavern in North America.

If you don't want to pay homage to Jules Verne and journey to the center of the earth, you can also remain aboveground and see the bats take flight from Memorial Day Weekend through October! Join a ranger for a pre-flight conversation about bats and then watch as hundreds of bats leave their home in search of delicious insects. 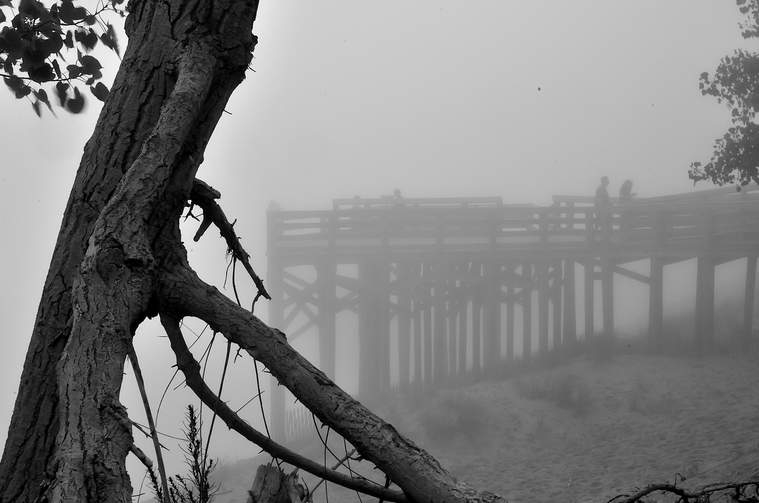 Canadian vocalist Gordon Lightfoot's haunting song may make "The Wreck of the Edmund Fitzgerald" the most well-known shipwreck on the Great Lakes, but ghost legends and rumors surround dozens of Great Lakes shipwrecks.

Sleeping Bear Dunes National Lakeshore is a great place to learn about the history of Manitou Passage, one of "the busiest and most dangerous shipping channels on the Great Lakes." Visit the Maritime Museum to learn the history of the U.S. Life-Saving Service, U.S. Coast Guard, and Great Lakes shipping (whose members knew fall as "shipwreck season") or check out the ghost towns of North Manitou Island. 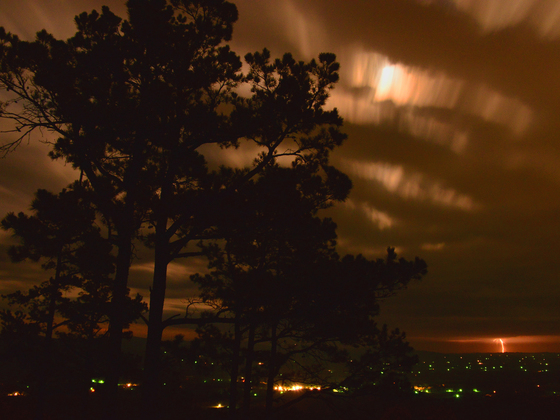 Does the phrase "dozens of abandoned mines" send a chill up your spine? While the old mines in Ouachita National Forest are closed to visitors, they're home to many tricolored bats. Due to the balmy temperatures, these bats are able to hunt year-round, so keep an eye peeled to the skies as you hike through the forest on one of the many hiking trails available to the public. 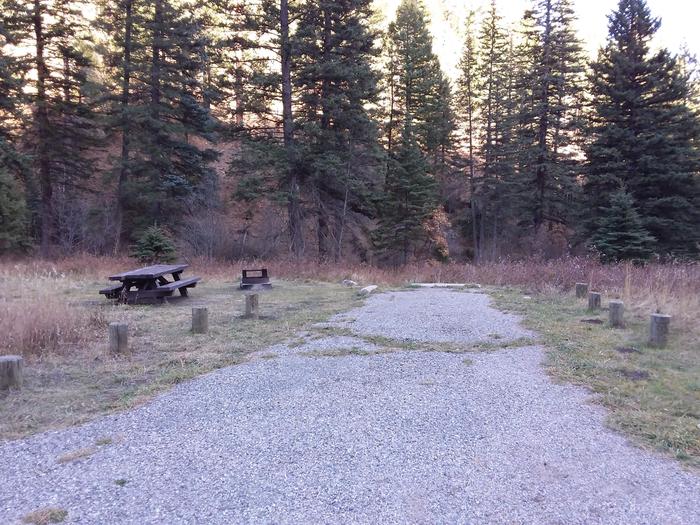 Now that you've read about all of the spooky sites you can visit, are you ready to spend the night at one?

The Holy Ghost Group Area, located within the Santa Fe National Forest, is said to be the most haunted campground in New Mexico. While accounts differ on whether a Catholic priest killed the Pueblo people or the Pueblo people killed the priest, there's definitely spirits among the trees!

Think you're game to tell stories around the campfire without getting spooked? You can book right here on Recreation.gov... if you dare.