There are special places on earth where conditions uniquely exist to preserve fossils and give us a window into the past so that we can understand what plants and animals were like long before humans existed.

Here are 10 locations where fossil remains are recognized around the globe for their significance and value. Join us on the fossil trail and learn what life was like for prehistoric plants and animals. Celebrate National Fossil Day in October at a location near you. 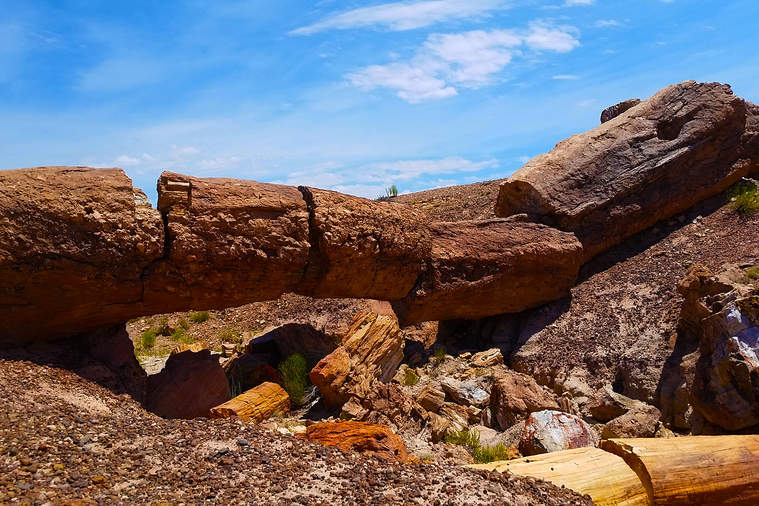 Petrified Forest National Park is a unique landscape known best for its petrified wood fossils from the Late Triassic period. Fossils formed when sediment and volcanic ash buried the downed trees that accumulated in river channels. Quartz crystals formed in the logs as groundwater seeped in and dissolved the ash into silica, replacing wood cells with stone. Take a drive through the park, participate in a ranger-guided program, and stop at the park’s visitor centers and museum for an interactive, computer-based Triassic Virtual Tour, hands-on exhibits, gift shop and so much more. Also consider a stop at the Rainbow Forest Museum for a variety of exhibits and an orientation film, Timeless Impressions, which is shown every half hour. 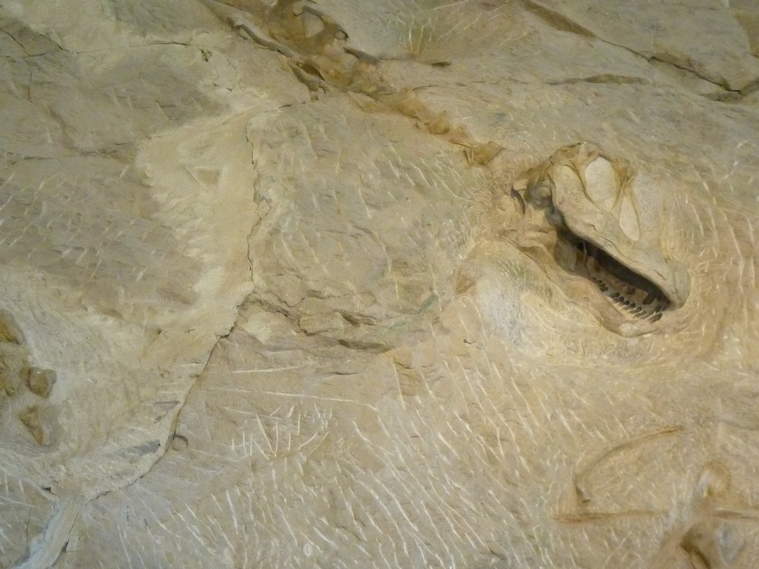 Located in both Colorado and Utah, Dinosaur National Monument features about 1,500 dinosaur bones from the Jurassic period including: Allosaurus, Apatosaurus, Camarasaurus, Diplodicus and Stegosaurus among many others. The refurbished Quarry Exhibit Hall provides the perfect environment to learn about, see and even touch 149-million-year-old dinosaur fossils. Reserve a campsite at Green River Campground or Split Mountain Group Campground to make the most out of your trip. 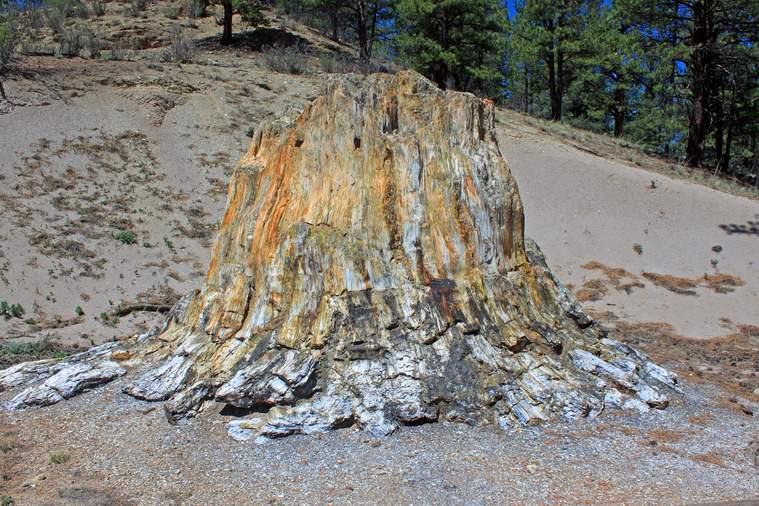 Florissant Fossil Beds National Monument features one of the richest and most diverse fossil deposits in the world— up to 1,700 species. Sequoia tree fossils are some of the largest diameter petrified trees in the world and are massive among the insect and plant fossils in the monument. A visit to Florissant Fossil Beds begins in the visitor center with an orientation film, Shadows of the Past, hands-on exhibits about fossils and science, followed by a hike on the Petrified Forest Loop. 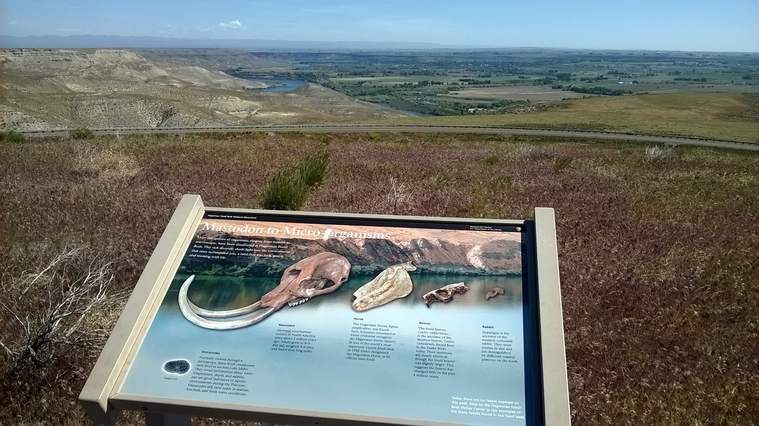 Hagerman Fossil Beds National Monument features the world’s richest known deposit of the Hagerman Horse, Equus simplicidens, thought to be the link between prehistoric and modern horses. Paleontologists consider Hagerman one of the most important sites in the world for the fossil history of horses. The monument also contains a portion of the Oregon National Historic Trail. A stop at the visitor center will help set you on a course of discovery in this southern Idaho gem. 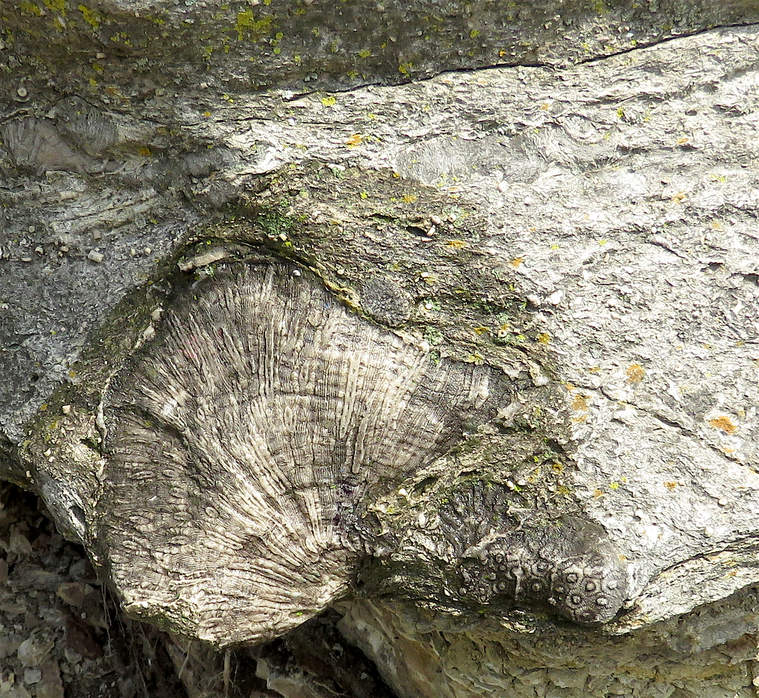 Devonian Fossil Gorge provides an opportunity to discover ancient fossils that are 200 million years older than dinosaurs. During the summers of 1993 and 2008 significant rainfall caused Coralville Lake’s emergency spillway to be overtopped, exposing the Devonian bedrock and the wide array of fossils embedded in the seafloor of what was once a tropical marine environment. With nearly two dozen specific locations to discover fossils and geologic features you’ll want to allow plenty of time. 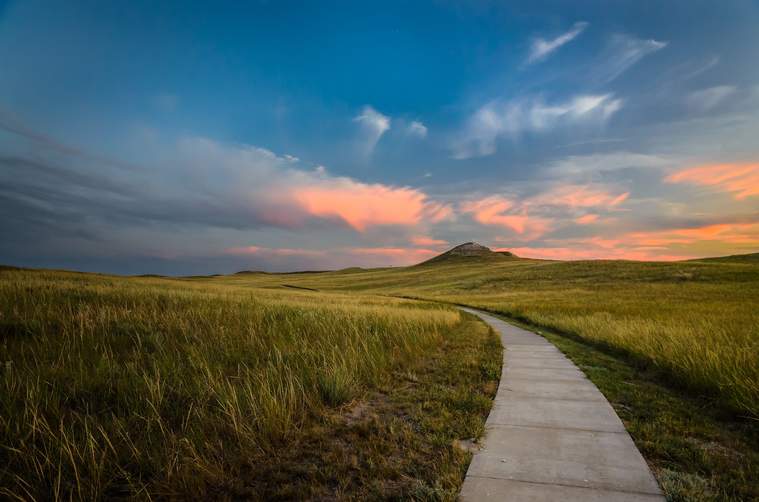 Agate Fossil Beds National Monument is another site of some of the best preserved mammal bone fossils in the world. Mammal fossils found here are from the Miocene Epoch (19–21 million years ago) and are the remains of animals that replaced the dinosaurs. A slab of the bone bed, some 2.5-4 feet (.76-1.2m) thick, is on display in the visitor center. Hike the 2.7 miles (4.34 km) Fossil Hills or the one mile (1.6 km) Daemonelix Trail and explore the area’s fossils and history. 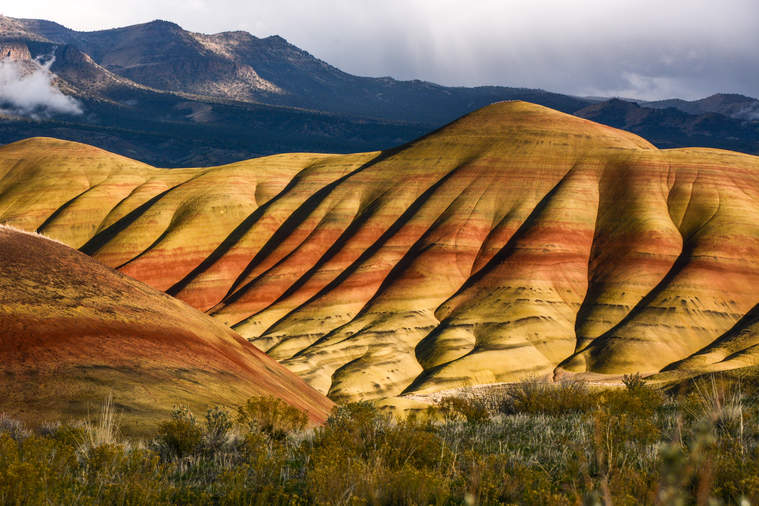 John Day Fossil Beds National Monument protects one of the longest and most continuous records of evolutionary change in North America. The monument is divided into three units dispersed throughout east-central Oregon and requires more than one day to explore. Camping is not available within the monument but you can download the monument’s Campgrounds Brochure (PDF) to find camping nearby. Advance reservations are available for camping and cabins on the nearby Ochoco National Forest or Malheur National Forest for those who want to explore all that John Day has to offer. 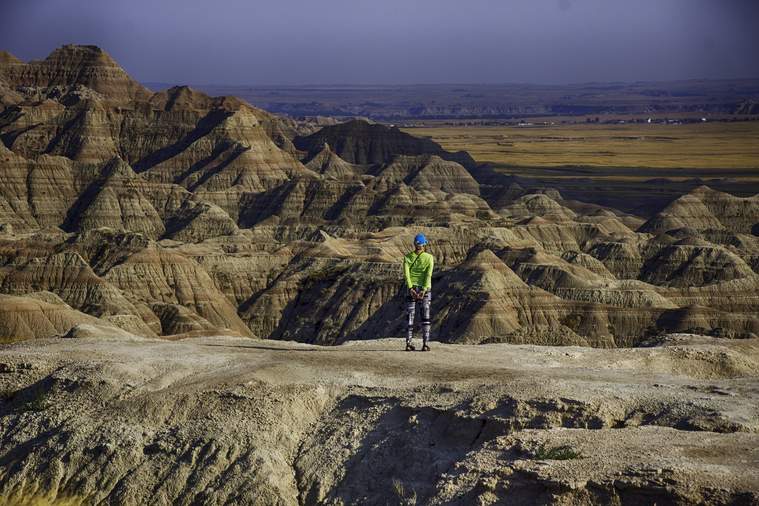 Badlands National Park contains deposits of one of the world’s richest fossil beds where ancient mammals such as the rhino, horse and saber-toothed cat once roamed. Land-based and marine fossils have been found and studied in the White River Badlands since 1846 and are included in museum collections around the world. A stop at the visitor center and the working paleontology lab to watch paleontologists at work and learn more about the scientific discoveries are great places to launch your Badlands fossil discovery adventure. If you're in the area, a visit to the Mammoth Site of Hot Springs, a National Natural Landmark less than two hours away, boasts the largest concentration of mammoth remains in the U.S. 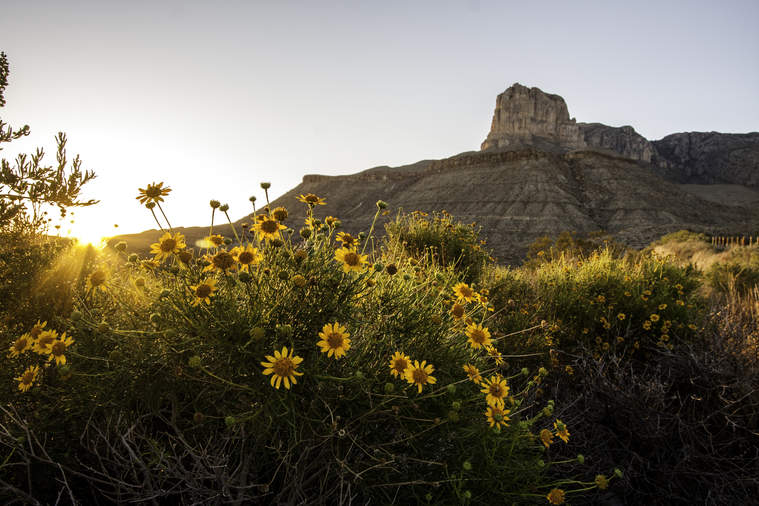 Guadalupe Mountains National Park is known as one of the best examples of an ancient, marine fossil reef on Earth. Imagine a vast tropical sea full of lime-secreting organisms that formed at this well-preserved reef as you look across what now is an arid landscape of jagged peaks, vast desert vistas and a diverse ecology. The visitor center will set your course for exploration along 80 miles (129 km) of trails. Don’t forget to pick up a fossil guide (PDF) to help identify prehistoric marine critters along the way. 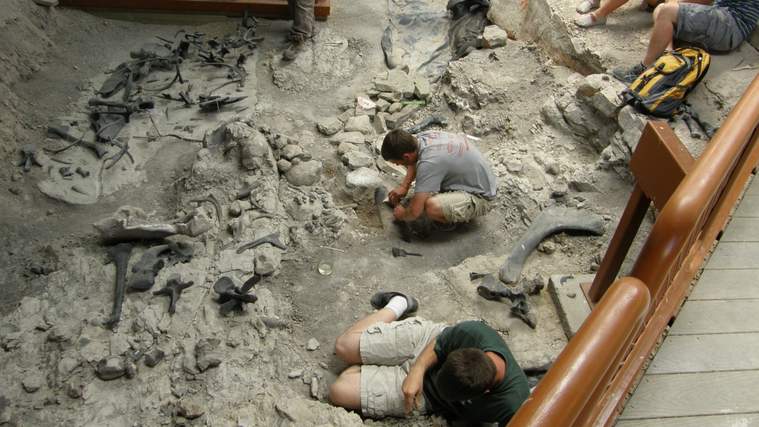 The Cleveland-Lloyd Dinosaur Quarry contains the densest concentration of Jurassic-aged dinosaur bones ever found. Scientists are still puzzled why more than 75 percent of the bones found in this area are from carnivores. See the dinosaur bones and learn about the research being conducted at this site, and then offer your own hypothesis about the mystery that persists even today.