Vivid Fall Colors from the Great Lakes to the West Coast

With crisp autumn days settling in, now is the time to venture out and explore the spectacular hues of the season. Maximize your time and plan a day hike or a mountain bike ride. Be sure to bring your camera, a water bottle and a snack to fuel your day out on the trails. Or, there's still time to squeeze in a night camping under the stars. Here are 10 locations sure to showcase fall foliage and autumn activities from the Great Lakes to California.

10 locations for fall colors and activities not to be missed 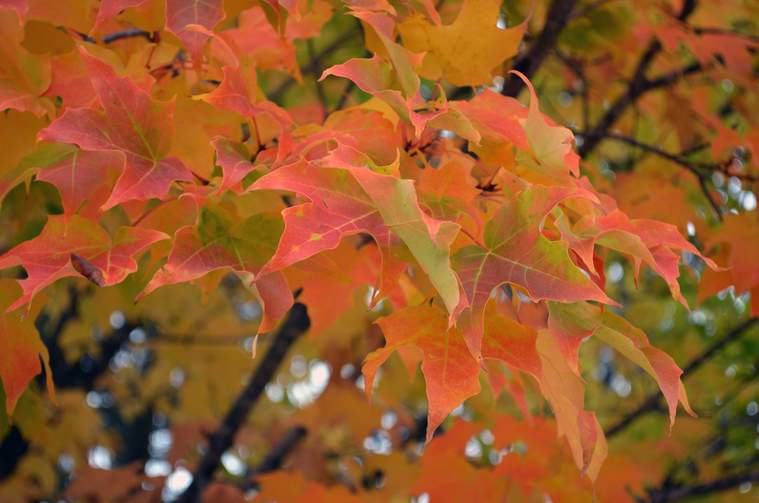 There are several ways to enjoy the breathtaking fall colors at Seney National Wildlife Refuge on Michigan’s Upper Peninsula, halfway between Lake Superior and Lake Michigan: 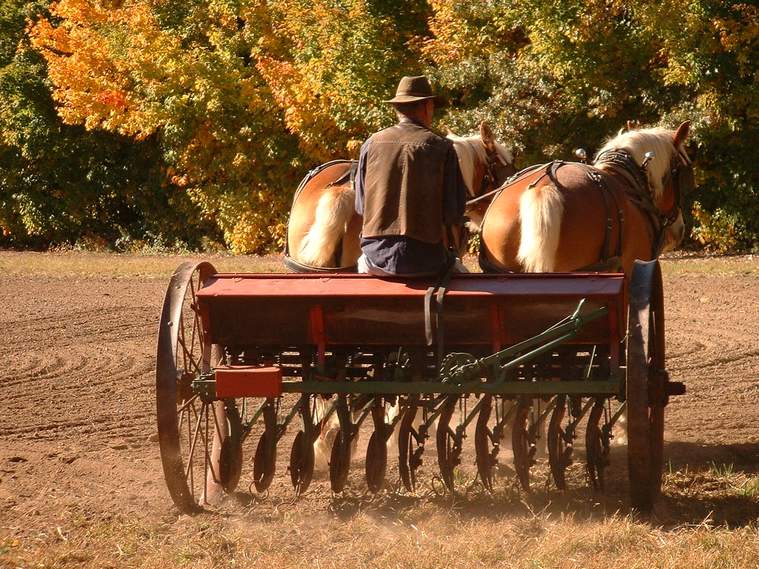 As days lengthen and crisp fall air rolls in, metropolitan Chicago and northwestern Indiana residents can discover nearby urban neighbor, Indiana Dunes National Park. It boasts 15 miles (24 km) of Lake Michigan shoreline and beaches and significant scientific and historic features. The park’s picnic shelters at Chellberg Farm, where maple trees glow with warm reds and a tint of gold make it a picturesque spot for hiking also. Or gather your clan for a feast at one of the eight universally accessible West Beach Picnic Shelters before winter sets in. Be sure to reserve your campsite at the Dunewood Campgroundfor your fall weekend getaway with fewer crowds. 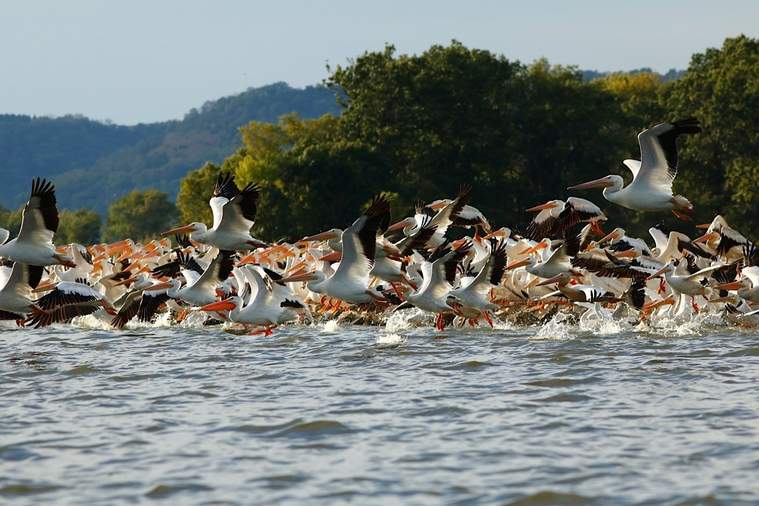 As autumn arrives, migratory birds flock to Trempealeau National Wildlife Refuge along the Mississippi River to relax and gain sustenance en route to their southern wintering grounds. Deer sightings are common, too, as mating season begins. A great way to glimpse wildlife and peep leaves is via the 4.5-mile (7.2 km) self-guided Prairie’s Edge Tour Loop, which is accessible by bikes, pedestrians and motor vehicles. Part of Wisconsin’s Great River State Trail passes through the refuge and is a great connector for bicyclists coming from nearby Perrot State Park. 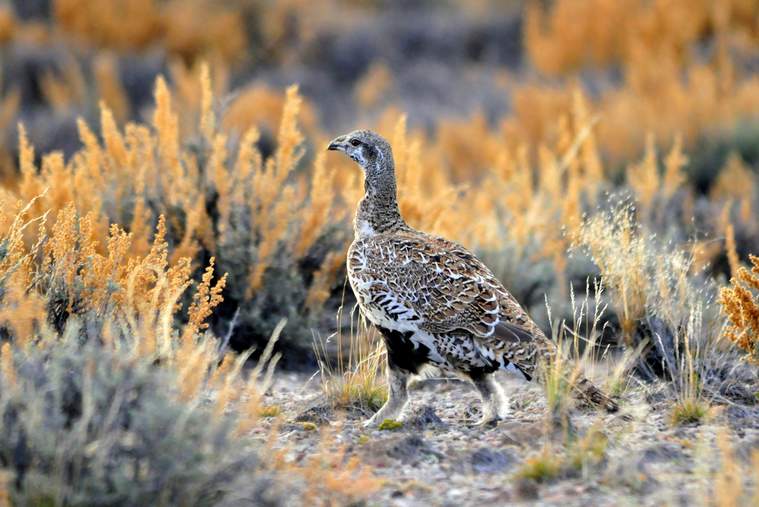 The fall colors may be subtle at Seedskadee along the Green River in southwestern Wyoming, but fish and wildlife are abundant. In September, young trumpeter swans (cygnets) make their first attempts to fly. Common nighthawk numbers increase.  In October, kokanee salmon turn the river red is places as they change to their red spawning colors. Bald eagles arrive to catch salmon. As wetlands at higher elevations begin to freeze for the winter, ducks, mergansers, geese and trumpeter swans arrive in large concentrations. The rut, or breeding season, for pronghorn, mule deer, moose and elk occurs in autumn, and large males of each species may be seen challenging each other for dominance. 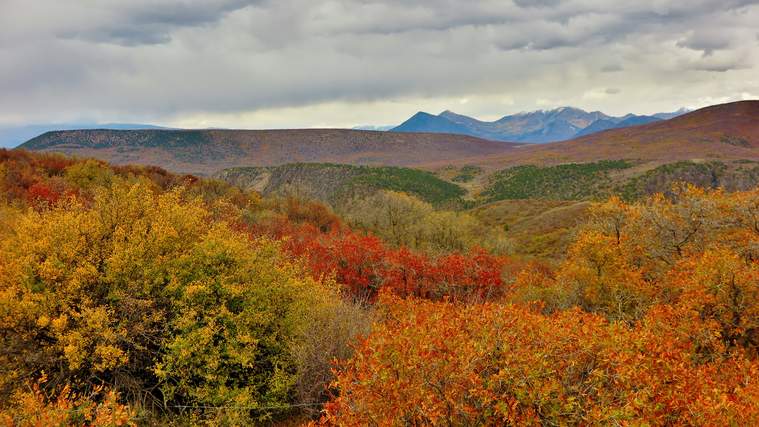 If you are looking for a fall adventure with fewer crowds and plenty of wide open spaces then Black Canyon of the Gunnison National Park might be the place for you. You’ll find first-come, first-served and reservable campsites in the park’s South Rim Campground, a good spot to stay while the trees show off their fall hues. Anglers will want to test their fishing skills on the Gunnison River. Challenging hikes, rock climbing, wildlife watching, scenic drives and night sky viewing are just a few of the interesting outdoor opportunities that await you. Be aware of changing weather this time of year as you plan your visit.

Other places to stay in the region with plenty of outdoor things to do are on the White Mountains or Grand Mesa, Uncompahgre and Gunnison National Forests. At Curecanti National Recreation Area enjoy water recreation on Colorado's largest reservoir and additional camping options. 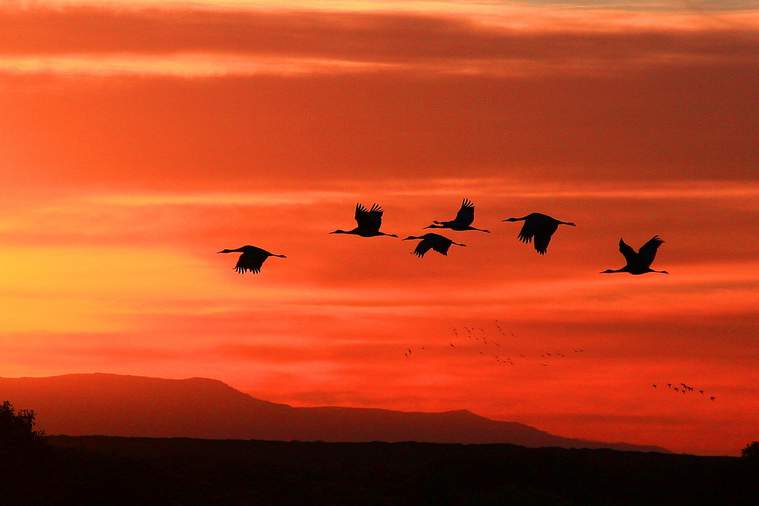 For more than 30 years, a highlight of autumn in New Mexico has been November’s Festival of the Cranes at Bosque del Apache National Wildlife Refuge, about 100 miles (160 km) south of Albuquerque. A highlight of the festival is watching as the sun rises at dawn and thousands of sandhill cranes and snow geese fly out from their nighttime roosting spot for another day of foraging in the Rio Grande Valley. “It’s a magical moment,” says Aaron Mize, a U.S. Fish and Wildlife Service official who worked at the refuge for four years. “It’s like when people visit the Grand Canyon. You can photograph the Grand Canyon all you want, and they’ll bring you back pictures, and they say, ‘But it doesn’t really do it justice. You have to see it.’”

In late October or early November, visitors flock to McKittrick Canyon in Guadalupe Mountains National Park for sensational fall colors. Brilliant reds, subtle yellows and deep browns contrast dramatically with Chihuahuan desert vegetation. Steep canyon walls and clear blue skies make it breathtaking in all seasons. McKittrick is a day-use only area and you should call ahead or check with park staff at the Pine Springs Visitor Center for up to date information about hours, closures, trail conditions and fees. Scenic trails with rugged conditions and various degrees of difficulty make planning ahead essential for determining which trail is best for you. Equally engaging fall activities include bird and wildlife watching or learning about Guadalupe’sfascinating geology and rich human history. The park participates in the Artist-in-Residence Program which offers professional writers, composers and all visual/performing artists an opportunity to pursue their particular art form in its inspiring landscape.

Explore places nearby like the 1,200-acre (485.6 ha) Black River Recreation Area’s popular Cottonwood Day Use Area which has a wildlife viewing platform, picnic tables, and a restroom but no drinking water. Round out your seasonal excursion by booking a Carlsbad Caverns National Park Tours. 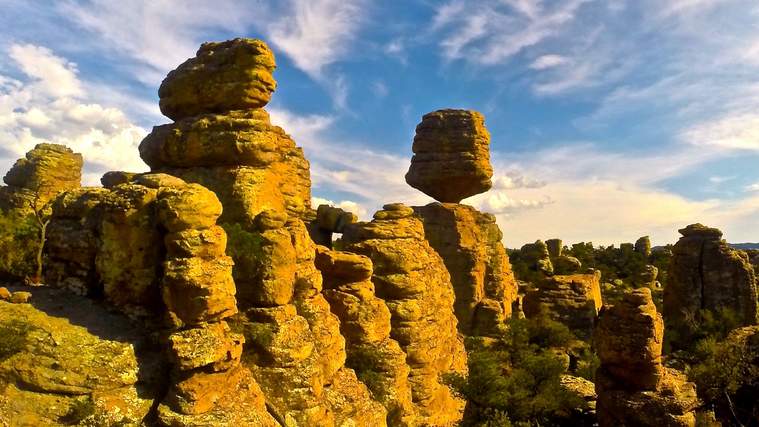 A well-known birders paradise within a few hours of the Tucson metropolitan area and other towns in southeastern Arizona, Chiricahua National Monument is bound to please everyone. Book a spot for your tent or trailer at Bonita Canyon Campground then start your fall journey in the "Wonderland of Rocks" with its stunning rock columns (hoodoos).

Other places to explore adjacent to Chiricahua is the Coronado National Forest. Stay at the Portal Bunkhouse or plan a group trip at the Camp Rucker Group Site. Reserve the five-room Portal CCC House, a National Register of Historic Places site and one of the few remaining structures from the 1930s-era Cave Creek Civilian Conservation Corp (CCC) Camp. At Coronado National Memorial you’ll learn about the Coronado Expedition of 1540 and the stories about the first Europeans entering what is now the American Southwest and northwest Mexico, irrevocably changing the lives of the indigenous people in the region. Leslie Canyon National Wildlife Refuge and San Pedro Riparian National Conservation Area are two more great locations for birding, wildlife watching and photography. 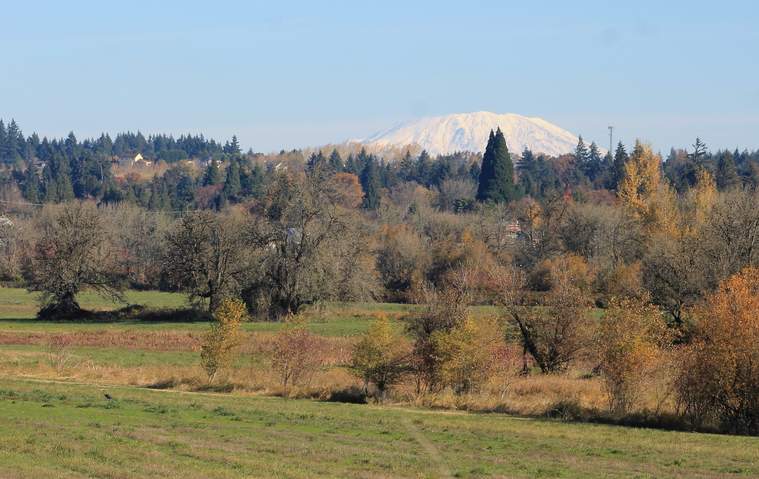 Woodlands, wetlands, upland forests and a dash of Native American culture make Ridgefield NWR along the Columbia River and 25 miles (40 km) from downtown Portland, Oregon, a great fall destination. The refuge features an auto tour route open during daylight hours on weekends, short walking trails and the Cathlapotle Plankhouse, a full-scale replica of a Chinook tribe dwelling that would have been common in 1805 when explorers Lewis and Clark passed through. Hours vary, so please check with the refuge first. 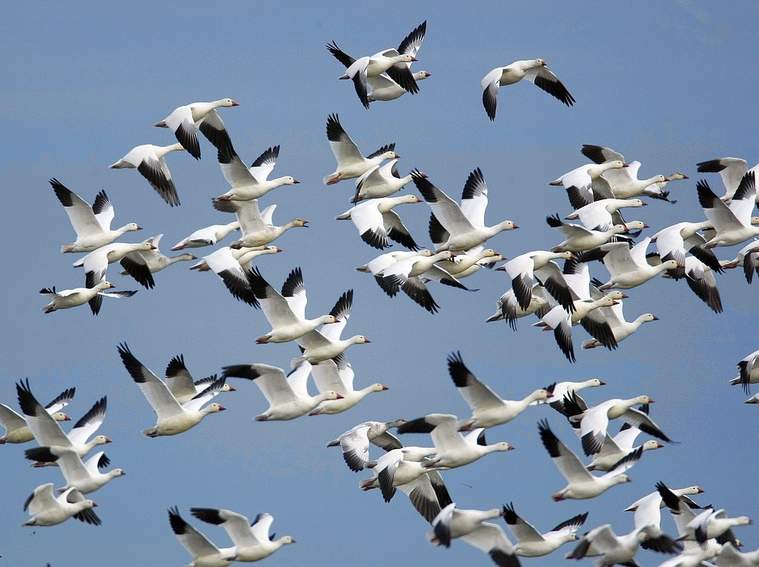 The six-mile auto tour at the Sacramento National Wildlife Refuge, about 70 miles north of California’s capital city, is flush with waterfowl from late October until early February. On any given day more than 500,000 ducks and 200,000 geese can rest at the refuge. “But if you stop by during November at sunset, you will have an experience you will never forget,” says visitor services manager Lora Haller. “About 30 minutes after sunset, the hundreds of thousands of ducks and geese lift off the refuge to head to the surrounding agricultural land to feed on the remaining rice.”