Why did so many ancient bison die in this place? What drew the bison and Paleo-Indians here?

These are some of the questions still asked today as researchers continue to investigate the largest known bison bonebed in the world.  A trip to Hudson-Meng Education and Research Center is a visit to an active archaeological site. Interpretive exhibits and guided tours help you to understand why this is such an important discovery, and encourage you to develop your own theories about what happened to the bison.

Hudson-Meng is located in the shadow of Nebraska's picturesque Pine Ridge, overlooking the Oglala and Buffalo Gap National Grasslands and north to the Black Hills of South Dakota. And it's only a few miles to the moonscape of Toadstool Geologic Park.

Tour the largest extinct bison bonebed in the world

Discovered in the 1950s during the construction of a stock pond, local rancher Albert Meng noticed dozens of excavated bones which didn’t appear to be modern-day sheep or cattle remains, but rather bones that were unusually large and ancient in appearance. Meng’s friend, Bill Hudson, persuaded nearby experts to investigate the discovery.

Since the 1950s, many people have tried to explain what occurred thousands of years ago and why the bones of approximately 600 bison and cultural objects have been found at this remote location. Originally, it was thought that a group of Paleo-Indians had driven a bison herd off a cliff in a mass killing. Later researchers considered whether the bison were killed through a catastrophic natural event, perhaps a massive flood or wildfire. Others suggest the remains are the result of multiple generations of Paleo-Indian groups’ seasonal hunts. There is still no clear answer to this mystery. 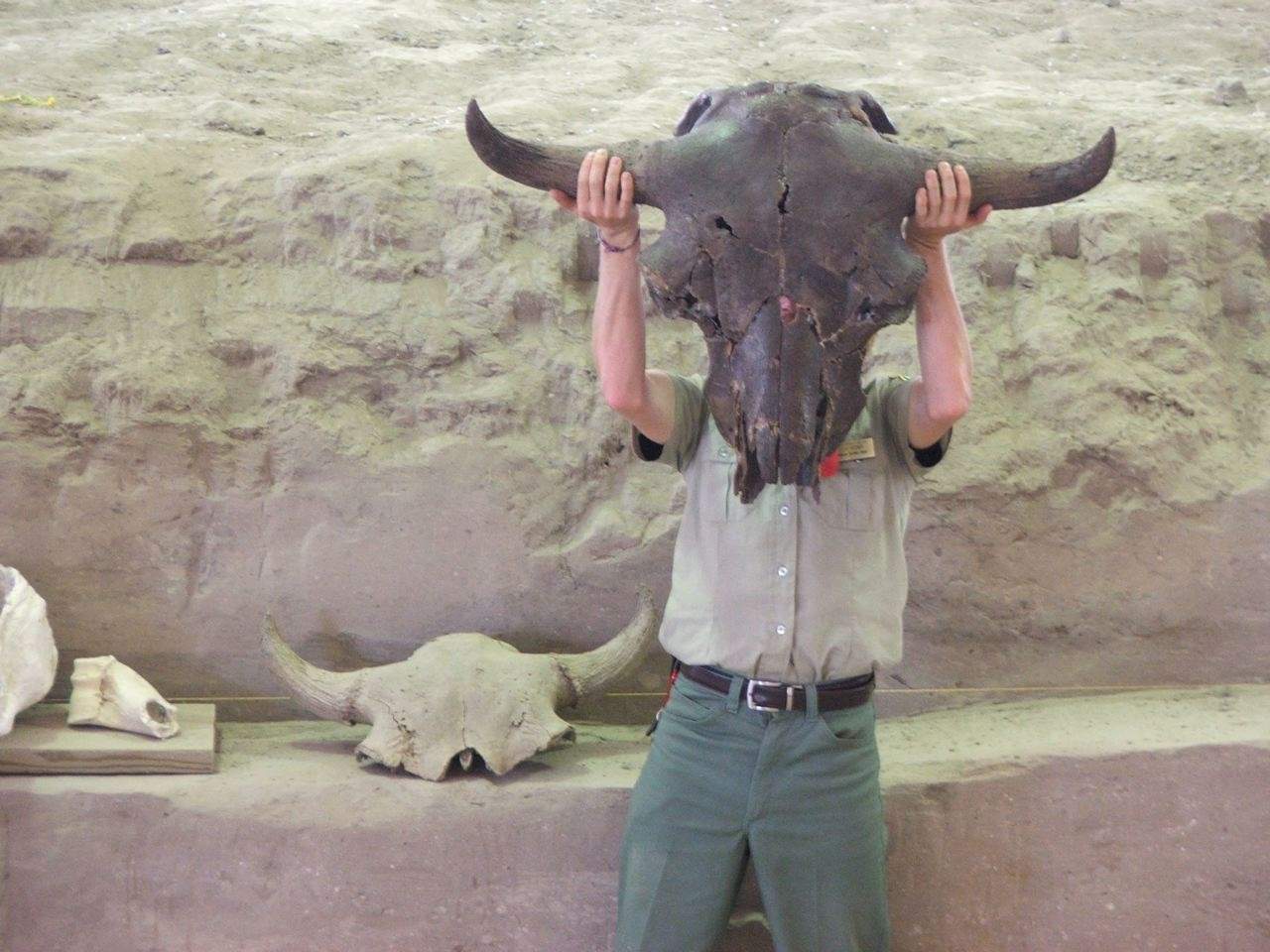 Tour the Hudson-Meng site and develop your own ideas based on the evidence presented. See one of the most important paleo-archaeological discoveries in North America within the bison bonebed enclosure, learn about the mystery of the bison deaths and evidence that supports a variety of theories on what happened. This interpretive tour is led by Forest Service Rangers who will present scientific findings, theories, and demonstrations. Visitors gain a better understanding of the bison bonebed’s significance and learn about the history and culture of Paleo-Indians after the Ice Age.