Summer is more than just a season – it’s a time to gather with friends and families, head out on your long-awaited vacations, and explore America’s great outdoors and historic places. The word “summer” invokes so many different feelings, memories, and aspirations, and for good reason – between Memorial Day, Juneteenth, Independence Day, and Labor Day, there is so much to celebrate and remember.

Whether your summer plans have been booked for months or you’re looking for a spontaneous getaway, these top monuments, memorials, and historic places across the country are sure to excite and inspire travelers of all ages. 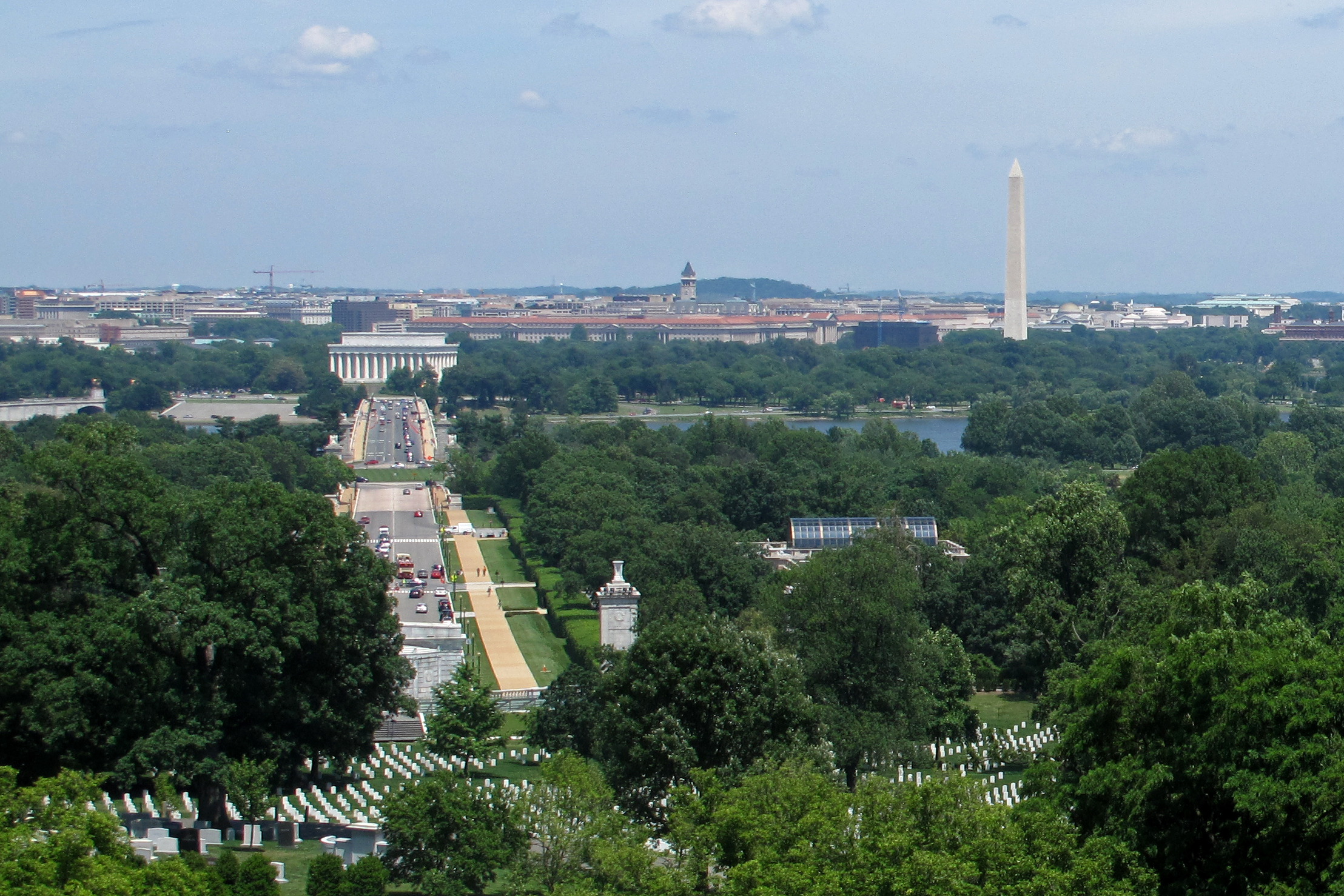 There is hardly a more quintessential summer destination than our nation’s capital, where there is something for everyone to enjoy. Spend your morning wandering around the National Mall’s extensive green lawn that makes up “America’s Front Yard.” Radiating from this green space are the many diverse and immersive museums available when you need a break from the hot summer sun. The Washington Monument, Presidential memorials, and many gardens are just a few of the places where you can learn, make lasting memories, and engage with people and stories from all over the country and world.

Be sure to make a tour reservation for the National Archives Museum to view the original Declaration of Independence, U.S. Constitution, and the Bill of Rights. The Record of Rights exhibit is another must-see for a look back at the fight for rights including free speech, religion, and equality.

Don’t forget, many of these iconic spots are free and yours to explore! 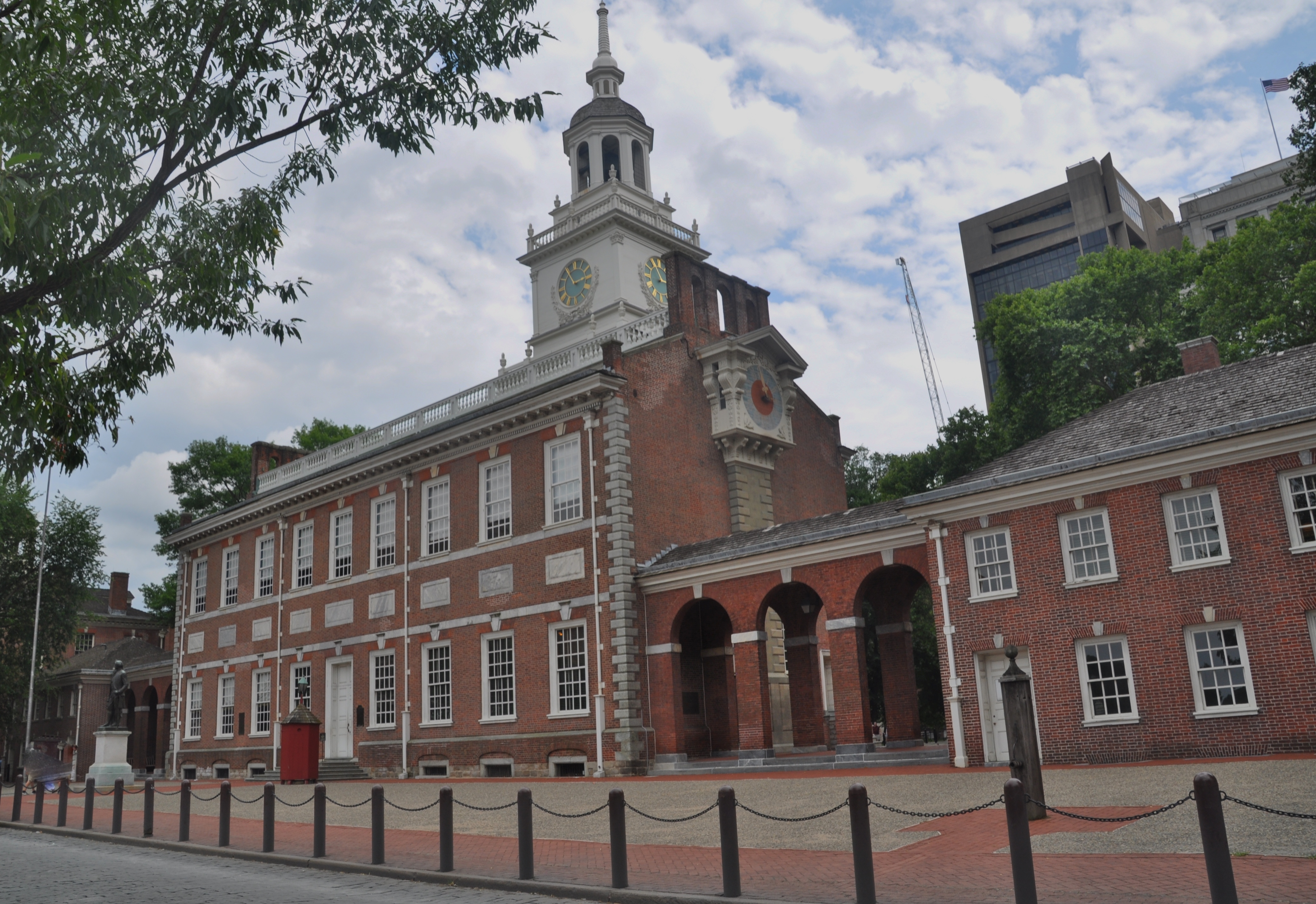 While “the nation’s capital” conjures images of the neoclassical monuments and buildings that dominate Washington, D.C., much of the foundation of the America you know today was established in Philadelphia. Take a tour of Independence Hall, where the Declaration of Independence was adopted on July 4, 1776. In the same rooms, the Second Continental Congress agreed upon the design for the American flag and the Articles of Confederation (1777), and in 1787, the Constitutional Convention met here and drafted the U.S. Constitution. 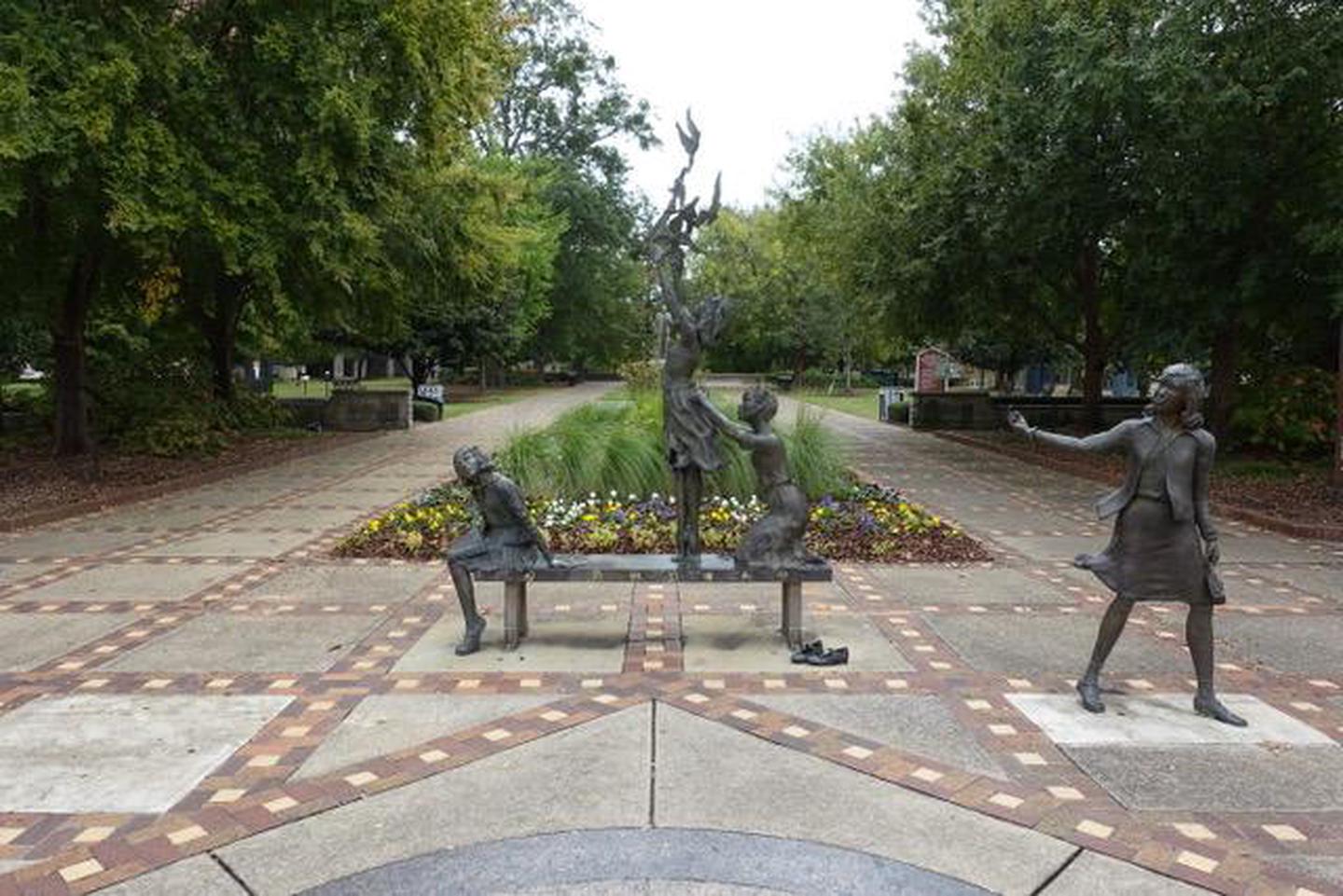 174 years after the Founding Fathers first debated our fundamental American freedoms in New York and Philadelphia, Birmingham became the epicenter of the Civil Rights Movement in the 1960s. The struggle for equality is illustrated by places located throughout Birmingham, where civil rights activists organized, protested, and clashed with segregationists. Also visible throughout the city are African American institutions and businesses that knit together Birmingham’s black community and laid a critical foundation for the passage of the Civil Rights Act of 1964.

Your journey doesn’t have to end here. Martin Luther King, Jr. National Historical Park and Selma To Montgomery National Historic Trail are only a short drive away. There are also dozens of historical and cultural landmarks nationwide where you can walk in the footsteps of generations of civil rights leaders and reflect on the fight for civil rights. 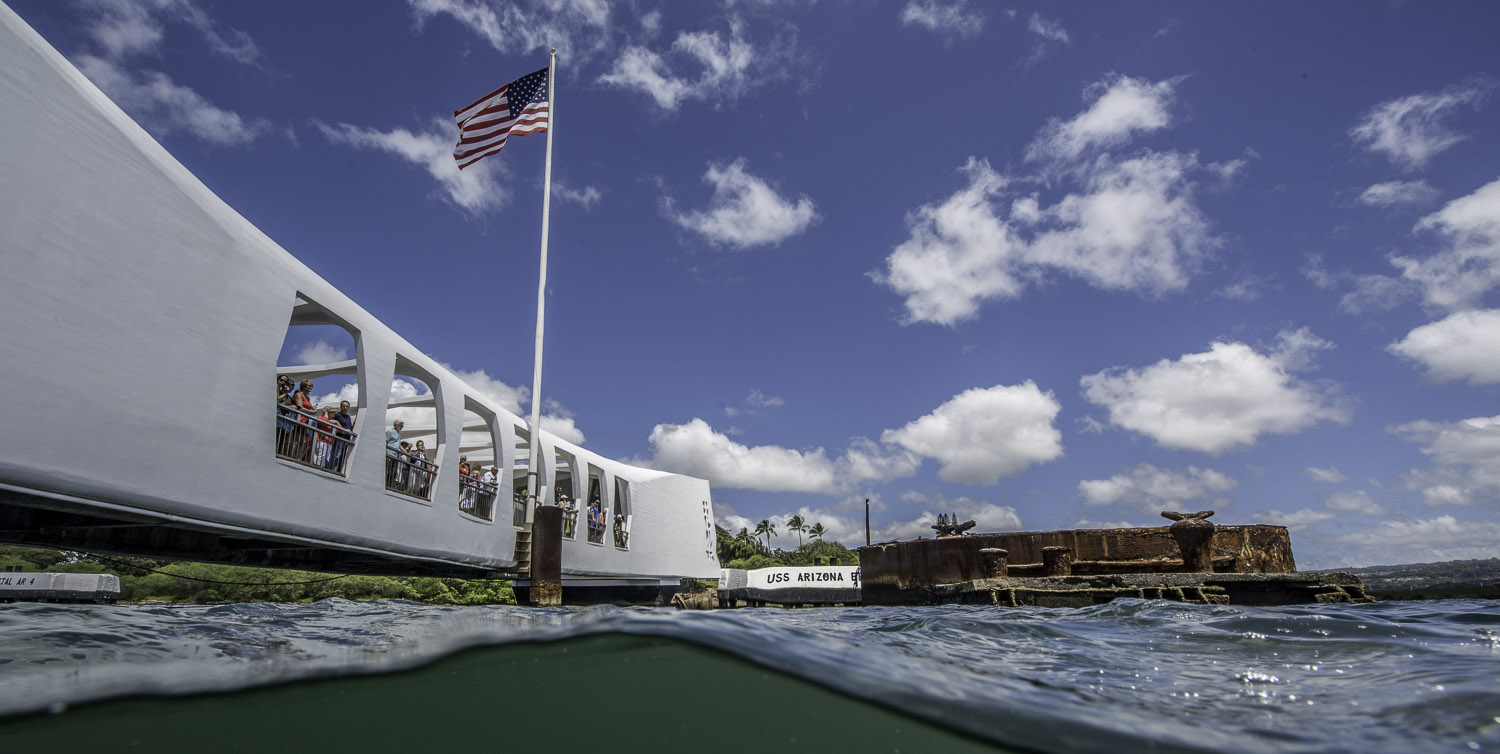 There are a lot of things that could make a summer trip to Hawaii memorable, but Pearl Harbor National Memorial should be at the top of your list. Through museum galleries, audio and guided tours, videos, and interpretive exhibits, you are invited to personally engage with this moment in history and ponder the values of honor, valor, truth, and reconciliation. Reserve your ticket today and be sure to check out the nearby independent historical sites to maximize your trip back in time to World War II in the Pacific. 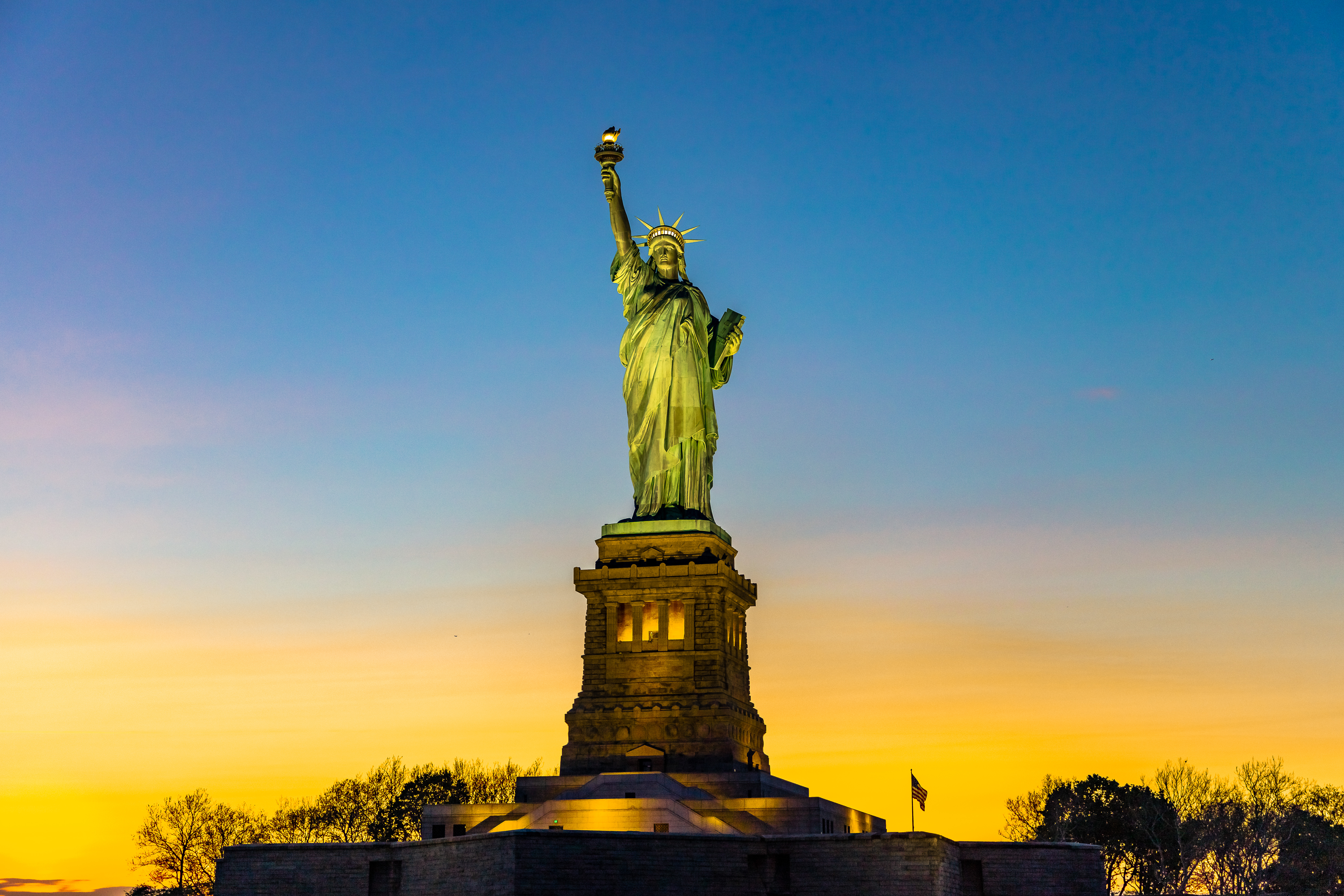 Did you know? "The Statue of Liberty Enlightening the World" was a gift of friendship from the people of France to the United States and is recognized as a universal symbol of freedom and democracy. Today, you can marvel her enduring legacy from the shores of New York and New Jersey, or through various immersive experiences on Liberty and Ellis Islands.

In this Share Your Story submission, Rudi Pameijer reflects on coming to America as a child with their family: “I remember very distinctly as if it was yesterday seeing the vast waters of New York and its harbor anchored by the most beautiful sight in the world, the most famous and iconic Statue of Liberty! Feeling goosebumps and the excitement of starting a new life for our family.”

While you are soaking in the sights and sounds of the New York harbor, we hope you get the chance to reflect on what freedom, friendship, and hope mean to you. 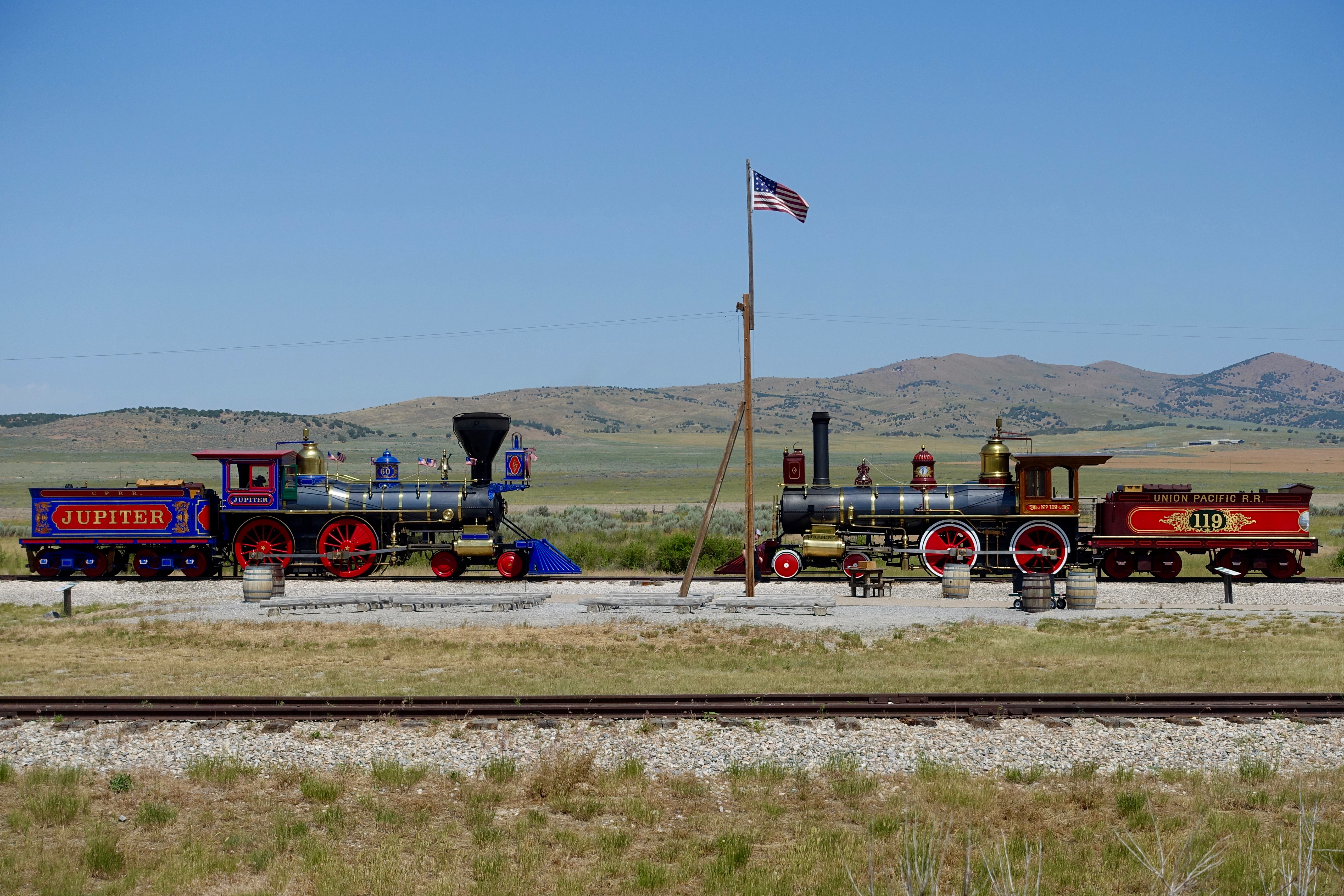 On May 10, 1869, one of the greatest technological achievements of the 19th century, the completion of the first transcontinental railroad across the United States, occurred on Promontory Summit. Visitors to Golden Spike National Historical Park can see the location of the driving of the Last Spike, 1869 railroad construction features, walk or drive on the original railroad grade, and get an up-close view of Victorian-era replica locomotives.

Several interpretive programs are offered during the summer season, or you can choose to embark on two self-guided auto tours and a 1.5-mile (2.4km) walk on the original Central Pacific and Union Pacific grades. This grand union of East and West would not have been possible without the significant work done by Chinese immigrants. Read more about their role in American history and keep an eye out for their legacy as you tour the park. 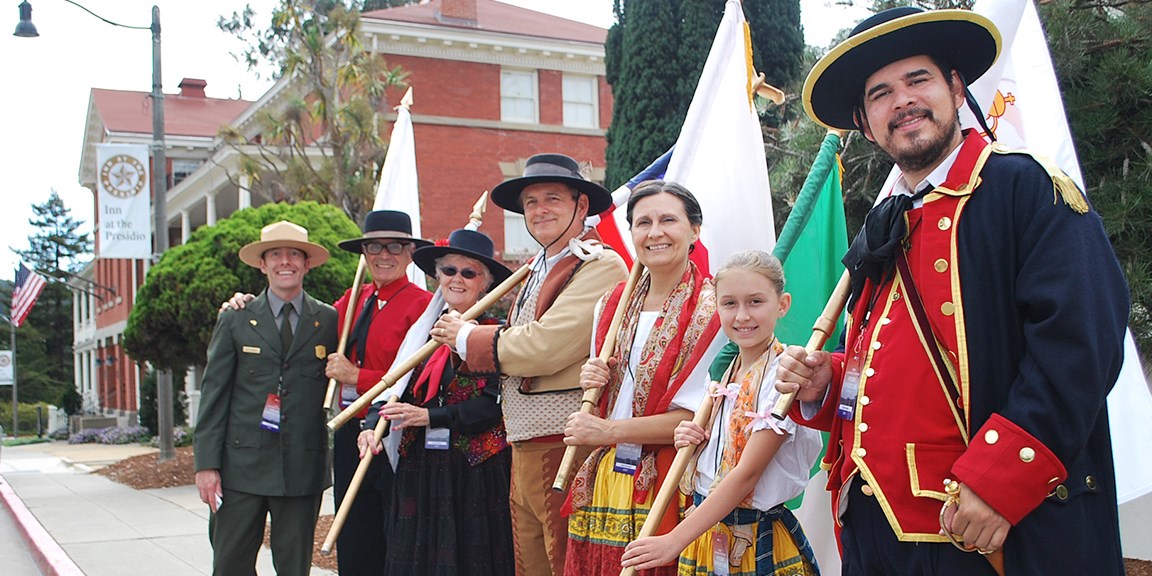 In 1775-76, Juan Bautista de Anza led some 240 men, women, and children on an epic journey to establish the first non-Native settlement at San Francisco Bay. Today, you can relive their expedition along the 1,200-mile (1931km) Juan Bautista de Anza National Historic Trail that connects history, culture, and outdoor recreation from Nogales, Arizona, to the San Francisco Bay Area. Add Tumacácori National Historical Park to your itinerary for a vibrant look at Native American and early Spanish colonial cultures, traditions, and interactions. Along your journey, celebrate the influential Spanish history and culture that still thrives along the trail today and listen closely to the lesser-known stories of Native American communities that have inhabited this route since time immemorial.

You can drive the Anza Trail from Nogales, Arizona, to San Francisco, California, or simply visit places in between to experience the trail and its stories at your own pace. You can also walk, hike, or ride along the recreational trail, or visit nearly a hundred historical sites.

Boston is one of those timeless towns that is uniquely American. There is no shortage of incredible sights, both new and very old. Let this itinerary along The Freedom Trail be your guide through the historical and cultural events that led to the foundation of the United States. Bunker Hill, the USS Constitution, and Granary Burying Ground are must-see stops along the Trail.

Even then, you won’t have seen it all. As you trek around Boston, interweave these Revolutionary narratives with the experiences of early African Americans who were leaders in the Abolition Movement, the Underground Railroad, the Civil War, and the early struggle for equal rights and education. Enjoy the interactive “Rocking the Cradle” town meeting reenactment or the 90-minute, 1.4-mile (2.3km) Ranger-led Black Heritage Trail tour. School may be out for summer, but kids can even become Junior Rangers by participating in fun and informative activities along The Freedom Trail and Black Heritage Trail!