Pounding sound, billowing smoke, and explosions in and around Pearl Harbor, Hawai'i, was the scene on December 7, 1941. Ships were damaged, some were sunk, many lives were changed and many lives were lost. The episode drew the United States into World War II.

In Pearl Harbor, on the island of O'ahu, the USS Arizona Memorial spans the sunken USS Arizona battleship and embodies both war and peace. It is one of several places to learn the stories about the US involvement in WWII. The World War II Valor in the Pacific National Monument preserves and interprets the stories of the Pacific War, from the internment of Japanese Americans to the battles in the Aleutians.

Be one of the millions of people from around the world to visit the USS Arizona Memorial, as well as the USS Battleship Missouri (Mighty Mo) Memorial, the USS Bowfin submarine and the Pacific Aviation Museum Pearl Harbor.

Learn and reflect about a pivotal moment in U.S. history – December 7, 1941

No trip to the island of O'ahu is complete without a visit to the Pearl Harbor Historic Sites. To truly understand the vital role of Pearl Harbor in World War II, spend a day among all of the Pearl Harbor Historic Sites. Reserve a ticket for the USS Arizona Memorial, which includes a Navy-operated shuttle boat ride and time to experience the memorial itself. Stand in the shadow of the hulking Battleship Missouri, crouch through the narrow passages of the USS Bowfin submarine, or stroll among the WWII-era fighter planes at the top-ranked Pacific Aviation Museum and look at the remains of the USS Arizona.

Survivors, veterans, and visitors from around the world travel to Pearl Harbor to honor and remember the 2,403 service members and civilians who were killed during the attack on December 7, 1941. An additional 1,178 people were injured, two U.S. Navy battleships (the USS Arizona and the USS Utah) were sunk, and 188 aircraft were destroyed. 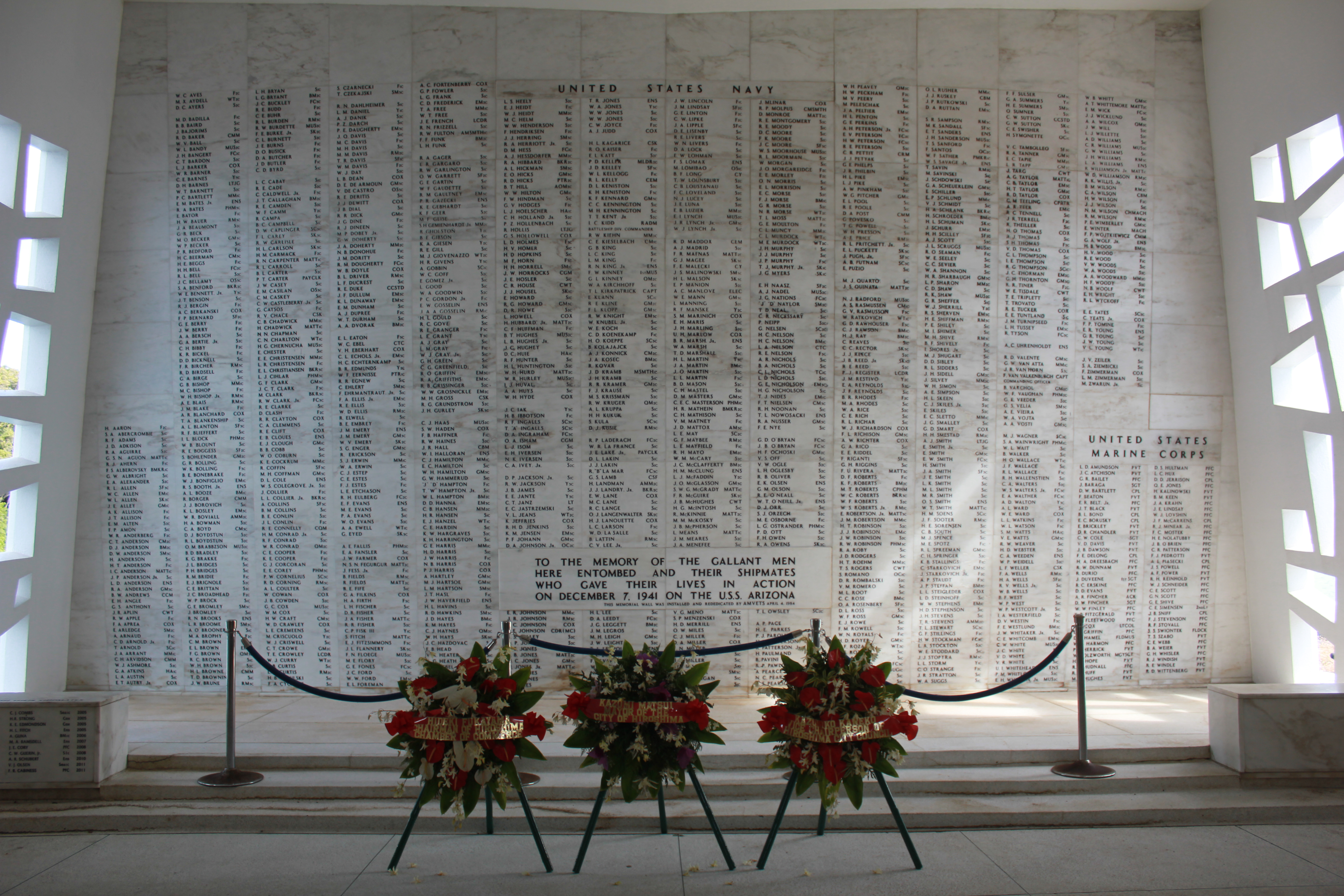 This year’s National Pearl Harbor Remembrance Day Commemoration, Everlasting Legacy, marks the 81st commemoration of the attack on Pearl Harbor on December 7, 1941, and the subsequent entry of the United States into World War II.

On December 7, 2022, the National Pearl Harbor Remembrance Day Commemoration will occur at the Pearl Harbor Visitor Center from 7:45 am – 9:15 am. The commemoration ceremony is open to the public; no tickets or reservations required. The visitor center will open at 6:00 am, and public seating for the ceremony will open at 7:15 am. USS Arizona Memorial Programs will resume later that day. Tickets for the USS Arizona Memorial programs will release on Recreation.gov in two waves: first on December 1 at 3 pm HST, and second on December 6 at 3 pm HST.

The goal of the commemoration is to ensure that future generations will understand the everlasting legacy of those who perished and those who fought and sacrificed throughout the war. The commemoration also highlights the importance of the peace and reconciliation that we continue to reach for as we strive to create an improved future together.

You can be part of the annual December 7th National Pearl Harbor Remembrance Day Commemoration. Remembrance events are held at World War II Valor in the Pacific National Monument and culminate in a commemoration ceremony on December 7. Can't make it to Hawai'i? The USS Utah, Main December 7 Ceremony, and USS Oklahoma ceremonies will all be live-streamed and captioned for those interested in attending from the comfort of their own homes. Information and live-streamed events will be shared at: www.nps.gov/perl, www.facebook.com/PearlHarborNPS, and www.pearlharborevents.com.