There are only a few wildlife experiences more awe-inspiring than feeling the thundering presence of a bison. Before their near extinction roughly 30 to 60 million bison roamed the country, but by the 1890's less than a thousand bison could be found across America. Thanks to conservation efforts, bison are back and there’s no better time to get out there and see the national mammal of the United States!

While it can be an unforgettable sight to spot a roaming herd or even a lone bison, safety is critical when seeking out these amazing animals. Although they appear calm and slow, bison actually sprint three times faster than a person and can be quite dangerous. Visitors should follow all posted safety guidelines and make sure to keep their distance. 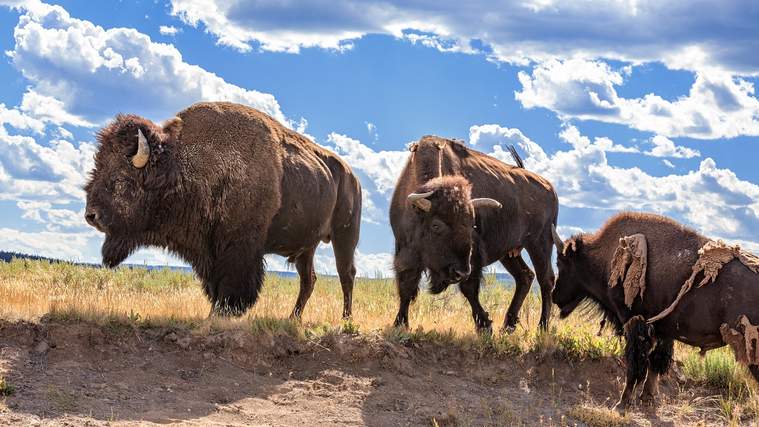 The bison in Yellowstone National Park are almost as famous as the geysers, which is why the park is often the first place that comes to mind when people think about where to find bison. It’s also the only place in the United States where wild bison have lived continuously since prehistoric times.

Today, approximately 4,500 bison wander freely across the park. Yellowstone is a large park and animals migrate based on the season and availability of food.  The best bet to increase your odds of seeing bison is to check with a visitor center for information about recent sightings and learn more about wildlife watching tours in the park.

For your safety, park rangers urge visitors to give at least 25 yards (23 meters) of distance between you and a bison (much further for bear and wolves).  If they move closer, back off and keep your distanc 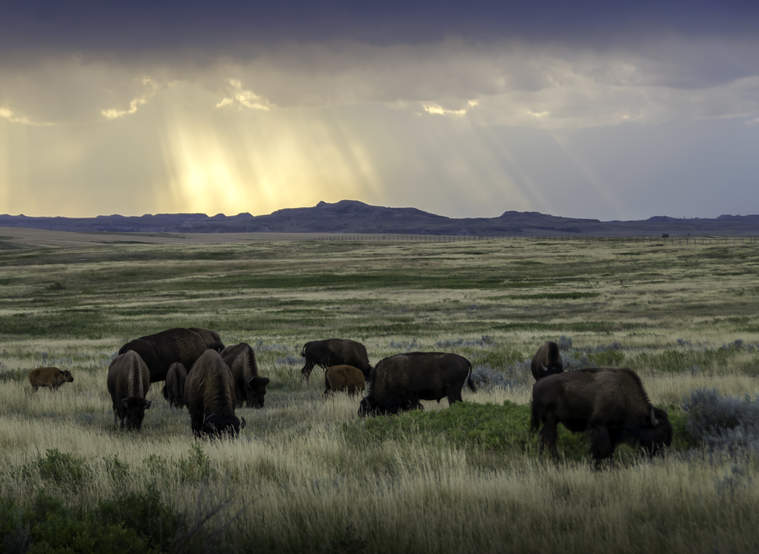 Theodore Roosevelt National Park is another great spot to see the largest land mammal in North America. Bison all but disappeared from the area due to overhunting in the late 1800s, but are now thriving after being reintroduced to the park in the 1950s.

Theodore Roosevelt also lives up to its namesake, as the rugged, boisterous landscape is characterized by dramatic canyons, unique rock formations, and sweeping plains. The park is the perfect place for hiking, camping, and wildlife viewing for elk, prairie dogs, and, of course, bison.

Park rangers say that bison roam the north and south units of the park and that visitors need to give these creatures plenty of room if they encounter them along their route. 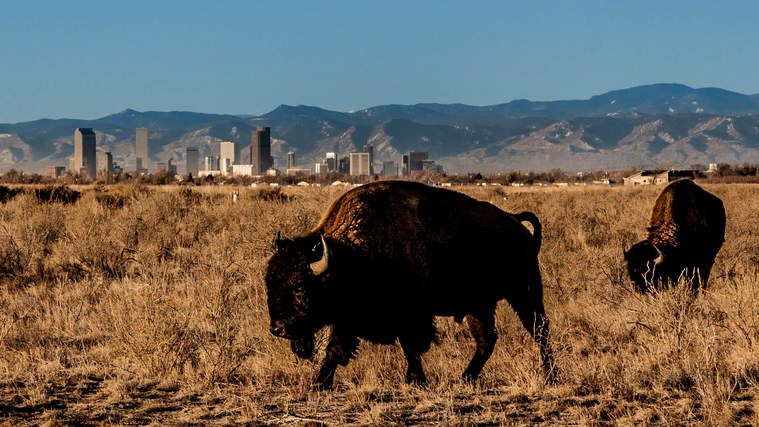 Rocky Mountain Arsenal National Wildlife Refuge offers over 15,000 acres of prairie, wetland, and woodland habitat, all just 8 miles (12.8 kilometers) from Denver. The area is one of the largest urban wildlife refuges in the country, and a great spot to see the 87 wild bison who live there.

The trails and wildlife drive at the Refuge offer excellent self-guided opportunities to see bison in their natural habitat. Visitors can also sign up for free guided wildlife tours led by a local naturalist. 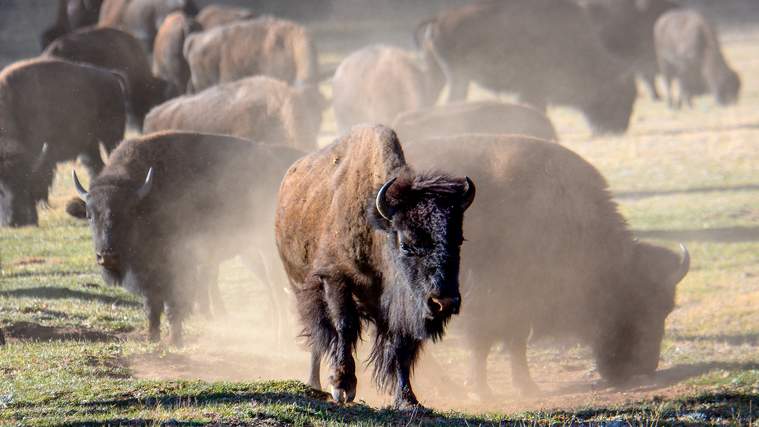 In the early 1900’s, Charles “Buffalo” Jones introduced a herd of bison to the area that is now Grand Canyon National Park in an effort to crossbreed bison and cattle. His experiment ultimately failed, but led to the current herd of bison found in the area.

In addition to the stunning main attraction of the canyon, visitors can also find bison roaming the diverse habitats of the North Rim section of the park. Approximately 800 bison can be found congregating around rivers and creeks, grazing the open meadows, and exploring rocky cliffs of the canyon's rim in Grand Canyon National Park. 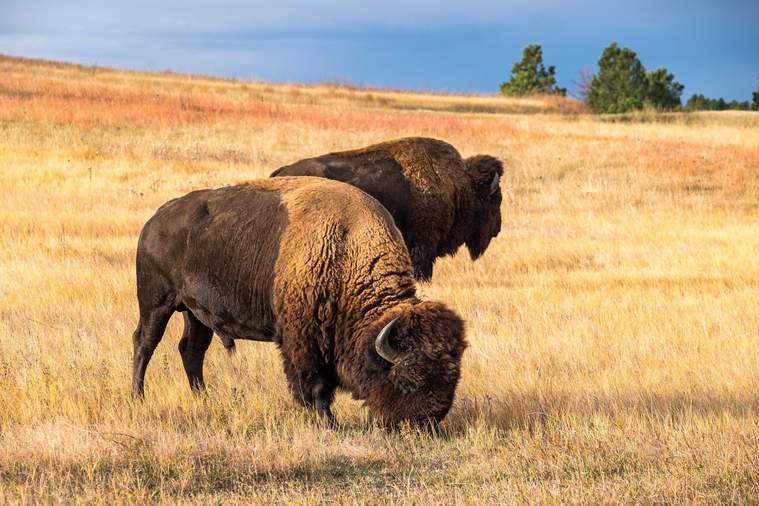 Visitors can find a true natural wonder at Wind Cave National Park, one of the most complex caves in the world. When venturing above ground, another wonder awaits those willing to seek it out – bison. Although smaller in number than some of the other locations on our list, the prairies of Wind Cave are home to roughly 250 to 350 bison.

The herd can be traced back to 1913 when the New York Zoological Society introduced 14 bison to what is now one of America's oldest national parks. The herd expanded as Wind Cave is located in a ecotone, an area where two or more ecosystems meet. This environment provides not only picturesque landscapes for visitors, but the ideal combination of pine / aspen forest and western short grass prairies for bison.